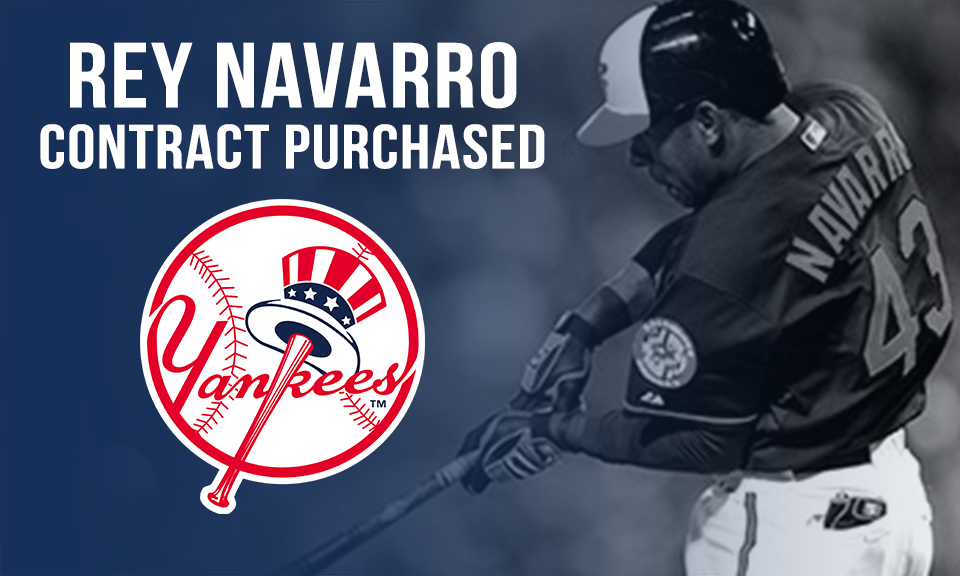 SUGAR LAND, TX— The Skeeters announced today that the New York Yankees have purchased the contract of infielder Rey Navarro. The Yankees have yet to announce what level Navarro will report to.

The Arizona Diamondbacks selected Navarro in the third round of the 2007 MLB Draft out of the Puerto Rico Baseball Academy. He made his Major League debut with the Baltimore Orioles in 2015 and hit .276 with a home run and three RBIs in 10 games, which has accounted for all of his MLB service time. Navarro began the 2018 season with Triple-A Tacoma (Seattle Mariners) and was released by the organization on April 27.

Individual tickets are available now at SugarLandSkeeters.com, our mobile app, and at the TDECU Ticket Office at Constellation Field. For more information, call 281-240-4487.