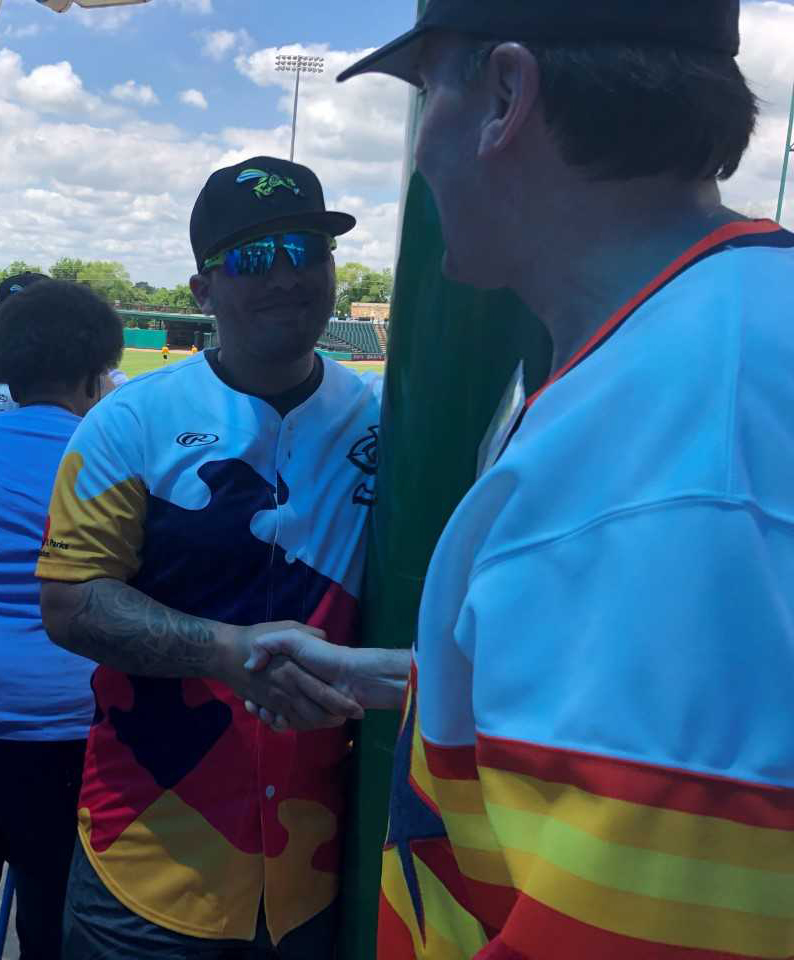 Congressman Olson assisted Cordero’s wife, Fidmar Sarmiento, in expediting her non-immigrant Visa application earlier in 2019, so that she, along with their daughter, Andrea, were able to stay in Sugar Land with Albert while his Green Card application is being filed. Congressman Olson’s office is ready to assist Albert and Fidmar once their status adjustment applications to receive Green Cards are filed with U.S. Citizenship and Immigration Services.

“Helping folks cut through federal red tape to get the help they need is a critical part of my job,” Rep. Pete Olson said. “Whether it’s helping with immigration issues, Social Security, disability applications or helping veterans get the benefits and care they deserve, I’m here to help. When constituents like the Corderos come to me for help, I’m honored to do so. Our Skeeters should be focused on winning games, not dealing with government red tape.”

Albert, a native of Caracas, Venezuela, is entering his fourth season with the Skeeters and is the longest tenured player on the Skeeters 2019 roster. He first joined the Skeeters in 2016 after spending eight seasons within the New York Mets organization. He’s been a part of both of the Skeeters’ Atlantic League Championship teams (’16, ’18) and was named the franchise’s Community Man of the Year in 2017. He ranks in the top 10 in Skeeters history in games played, hits and RBIs.

“Albert has been a major piece of our organization for the last four years,” said Skeeters President Christopher Hill. “Not only has he been a consistent presence on the field, but he’s become a fan favorite for his work in the community off the field. The Skeeters thank Congressman Olson for his efforts in ensuring that the entire Cordero family can remain together in Sugar Land and Fort Bend County as they continue their pursuit of Green Cards.”

Congressman Olson has continued his quest to fight the extended backlog of immigration and citizenship applications with the Houston USCIS. His bipartisan letter to the Houston USCIS written in March was signed by the entire Houston-area Congressional delegation.

“I’m extremely thankful for everything Congressman Olson has done for me and my family,” Albert said. “For me, nothing is more important than my family. To have them here with me during the season and while we prepare the Green Card application has been amazing.”

All Skeeters home games can be streamed live on the Skeeters Youtube page or can be listened to live by visiting sugarlandskeeters.com.