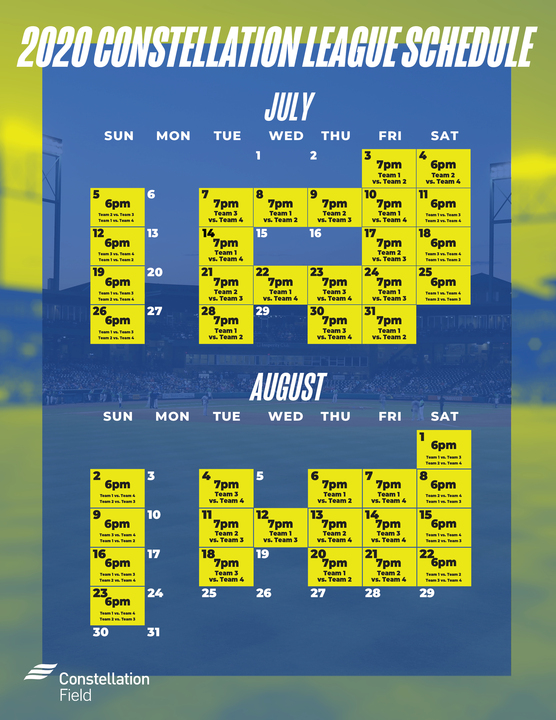 (June 22, 2020, SUGAR LAND, TEXAS). – The Sugar Land Skeeters today announced that tickets for the Constellation Energy League will be going on sale at 11 a.m. Wednesday, June 24. Tickets can be purchased by visiting sugaralndskeeters.com/tickets or by calling the Skeeters box office at 281-240-4487.

The Skeeters have also announced the full schedule (including game times) for the Constellation Energy League. The full schedule has been included as an attachment to this release.

Tickets for the Constellation Energy League, which will be played from July 3-Aug. 23 will be priced as follows:

Fans will not be able to pick exact field-box seat locations for games they purchase tickets to. They will be given the best seats available based on social-distancing measures and the size of their group. The Skeeters will have approximately 1,800 seats available for any given game in accordance to federal and state guidelines regarding the spread of COVID-19.

The Skeeters earlier this month announced their intention to run a four-team professional baseball league, with every game played out of Constellation Field. The father-son duo of Roger and Koby Clemens, as well as former Major Leaguers Pete Incaviglia and Greg Swindell will manage three of the league’s four teams. An announcement for the fourth and final manager is forthcoming.