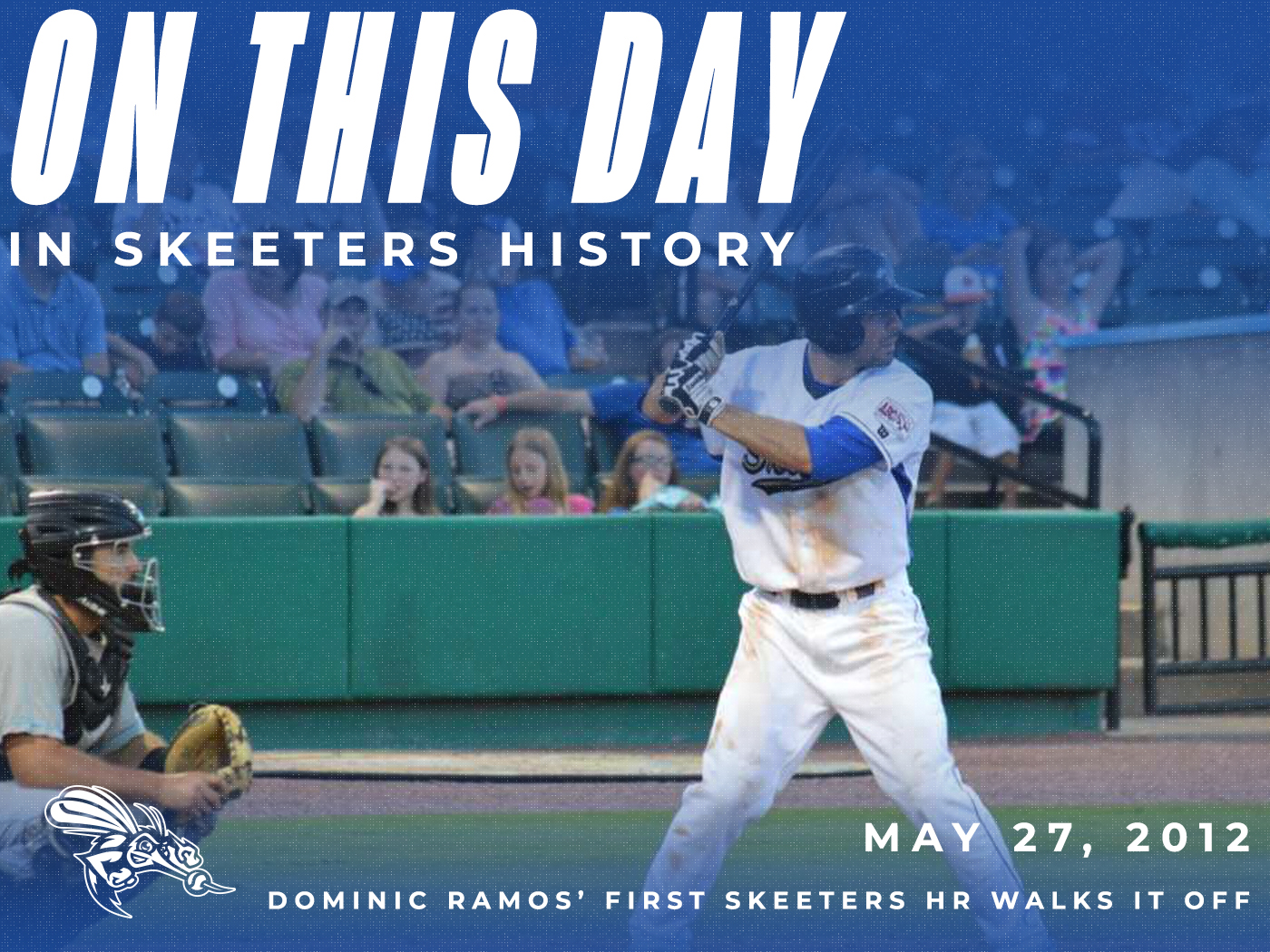 On this day in 2012, the Skeeters scratched and clawed their way to a walk-off win over the Lancaster Barnstormers at Constellation Field. Lancaster jumped out a 2-0 lead in the fifth inning but the Skeeters got in the bottom of the fifth with a solo home run from Josh Pressley. After another Barnstormers run, Jason Botts inched the Skeeters closer once again with a solo homer of his own, his seventh in the early goings of the season. The Barnstormers turned to Tim Hamulack, who ended the season with 33 saves, but would not get one on this day. The Skeeters rallied in the bottom of the ninth to tie the game at 3-3, with Victor Gutierrez scoring the tying run on a wild pitch. Then in the bottom of the 10th, shortstop Dominic Ramos picked a wonderful time to hit his first Skeeters home run, sending the team to a win with a walk-off solo home run. This game helped kickstart a superb Skeeters career for Ramos. He still ranks top 10 all-time in Skeeters history in games played, hits, runs, doubles, home runs, RBIs and stolen bases.