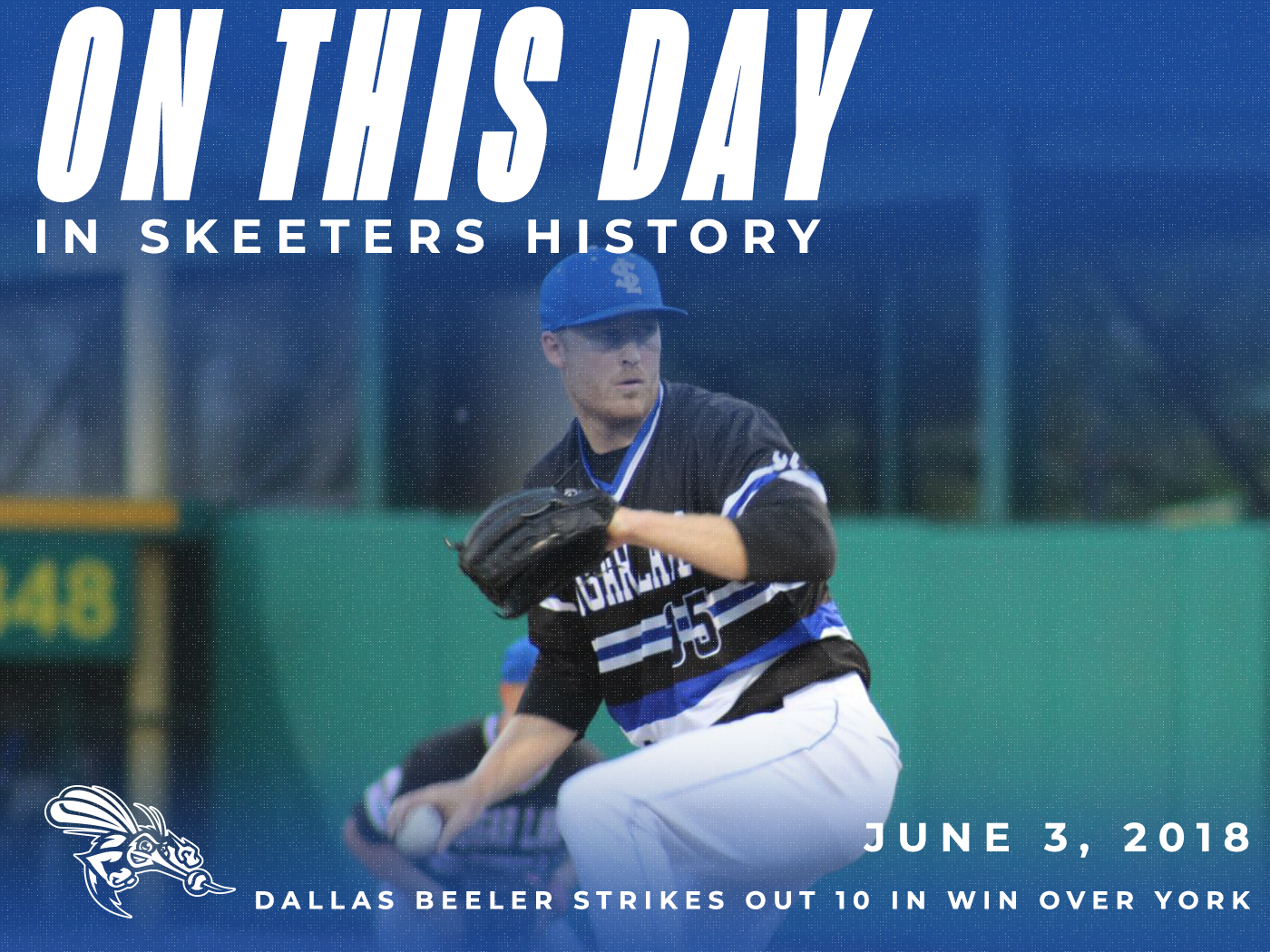 On this day in 2018, right-hander Dallas Beeler struck out 10 York Revolution hitters as the Skeeters rolled to an 8-0 shutout win at Constellation Field. Beeler compiled the 10 strikeouts over seven innings of work and did not allow a walk while York mustered just three hits off him. Beeler’s 10 strikeouts were just one off tying the Skeeters single-game record and was one of three 10-strikeout efforts compiled by Skeeters pitching in 2018. Beeler, a former Chicago Cubs starter, was coming off a start in which he struck out nine on Long Island, giving him 19 strikeouts over a 13-inning stretch between the two starts. Behind Beeler, the Skeeters offense more than did it’s job this evening, with all but one player in the starting lineup collecting at least one hit, including a home run from Denis Phipps. Beeler was a 2018 Atlantic League All-Star and this start helped kick off a June campaign which resulted in him being named the Atlantic League’s June Pitcher of the Month.