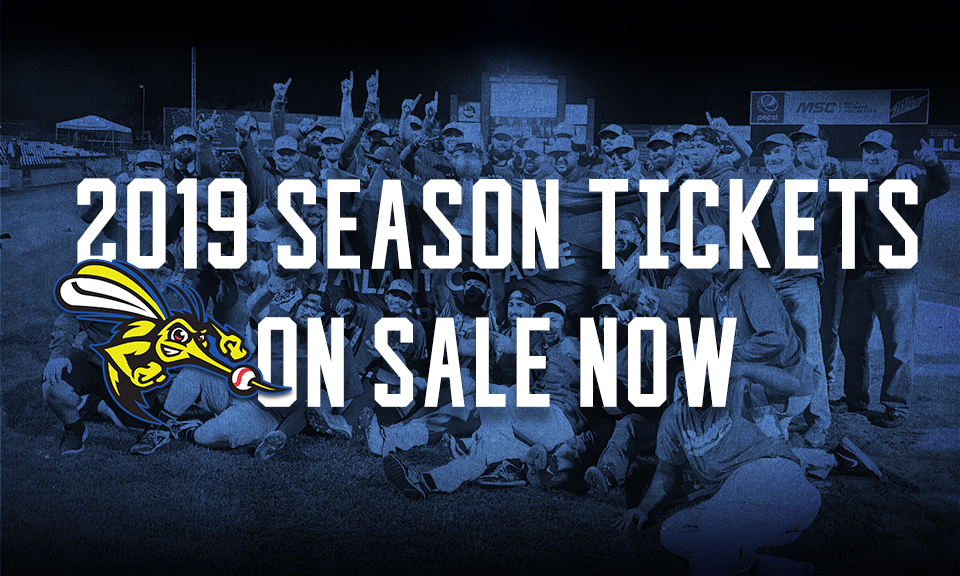 The Skeeters are lowering the price of their premium season tickets by as much as 25 percent for the 2019 season, bringing the price of Insperity Club and Imperial Box packages down to $2,450 from $3,050.

The Insperity Club provides a climate-controlled area to watch Skeeters baseball, including a two-hour buffet and padded seats on the second floor of the stadium located directly behind home plate. The Imperial Box package puts you closer to the action than anyone else with a padded seat located within the first two rows behind home plate and between the dugouts, along with access to the two-hour buffet in the Insperity Club.

Personalized seat wraps will be available for purchase to fans that buy 2019 field box season tickets, with individual wraps costing $100. Field Box season tickets will still be priced at $677.

Fans will be able to personalize their wrap with one of four designs, including the 2018 Atlantic League Championship logo, the Skeeters logo, a Constellation Field logo or a Swatson logo. Along with the logo, fans will have the opportunity to customize their seat by having their name etched in to the wrap as well.

Diamond Deck season tickets, giving fans the chance to watch Skeeters action from the comfort of a rocking chair located directly behind home plate, will still be priced at $1,225. Partial season-ticket plans will also be available and Skeeters season tickets include options for a payment plan. To purchase season tickets, visit SugarLandSkeeters.com, visit the TDECU Box Office at Constellation Field or call us at (281) 240-4487

Fans that purchase their season tickets by Dec. 14 will receive a guaranteed giveaway package, which is valued at $100 per seat. You can skip waiting in line while still being able to take home authentic and limited Skeeters memorabilia. Some of the 2018 giveaways included a Swatson Star Wars Bobblehead, a Constellation Field Replica, a Parrothead Replica Skeeters Jersey and a Tracy McGrady Skeeters Bobblehead.

As always, season-ticket holders will have access to free parking, discounts around Constellation Field and exclusive events with Skeeters players and coaches.

The Skeeters won the 2018 Atlantic League Championship, marking the second league title for the Skeeters in the last three seasons. Under first-year-manager and former Major Leaguer Pete Incaviglia, the Skeeters went 81-45 in the regular season, winning both the First-Half and Second-Half Freedom Division titles. Thirty players with service time in the Major Leagues appeared with the Skeeters in 2018 — a franchise record — ensuring a top-notch level of talent to go with affordable ticket and concession pricing, along with premium customer service, that are trademarks of the Skeeters organization.