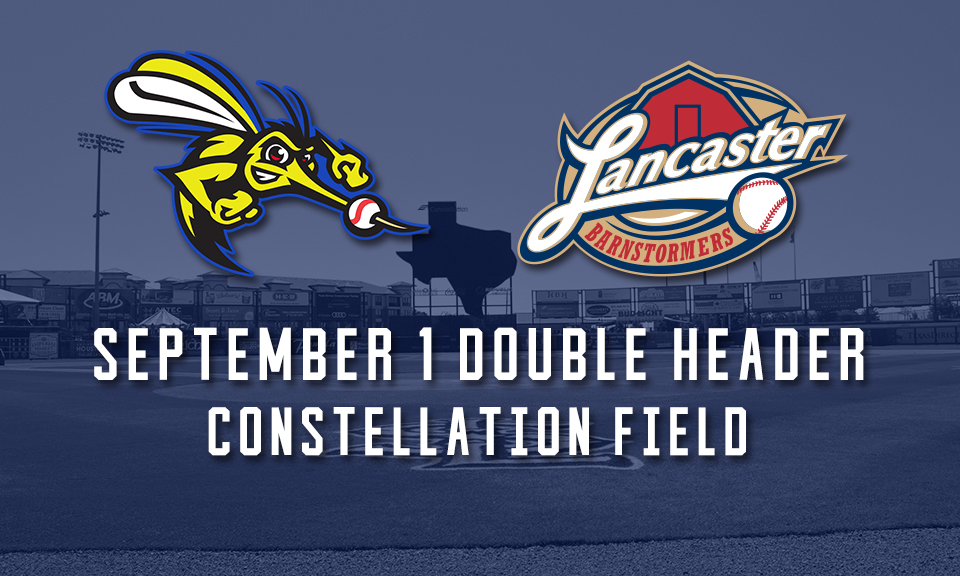 SUGAR LAND, TX— The Sugar Land Skeeters today announced that they will host the Lancaster Barnstormers for a doubleheader on Saturday, Sept. 1, at Constellation Field. The doubleheader will make up for a rainout of the Skeeters’ series finale at Lancaster on Aug. 19.

The Skeeters clinched the 2018 first-half Freedom Division title and fans can now secure their spot to watch the 2018 Atlantic League postseason at Constellation Field by purchasing tickets at SugarLandSkeeters.com, the TDECU Ticket Office, our mobile app or calling 281-240-4487. Fans can also purchase a Skeeters limited edition “2018 Freedom Division First-Half Champs” t-shirt at the Texas Direct Auto Buzzz Stop at Constellation Field or at SugarLandSkeeters.com.