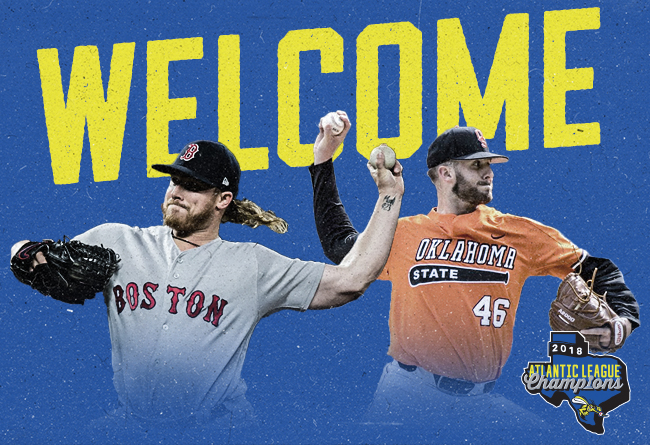 A native of Lexington, Ky., Ross appeared in the 2016 American League Division Series with the Boston Red Sox, throwing a scoreless inning of relief against the Cleveland Indians. He made a career-high 65 appearances in 2013 with the Texas Rangers, which were the third-most on the team and finished the season 4-2 with a 3.03 ERA. He also went 6-0 with a 2.22 ERA in 58 games as a rookie with the Rangers in 2012. His six wins in ‘12 were tied for the third-most of Major League rookie relievers.

The Texas Rangers selected Ross in the second round of the 2008 MLB Draft out of Lexington Christian Academy (Lexington, Ky.). He was Rated as the Rangers’ No. 7 prospect prior to the 2010 season, per Baseball America.

Lienhard, 22, begins his first season with the Skeeters and his first as a professional. He made his pro debut on June 18 at York, allowing three runs on three hits in two innings of relief. He began 2019 season with Oklahoma State University, going 4-1 with a 4.39 ERA in 21 games (eight starts), striking out 41 batters to 22 walks in 53 ⅓ innings pitched. He’s the only player on Skeeters roster who had yet to make a pro appearance prior to joining the team.