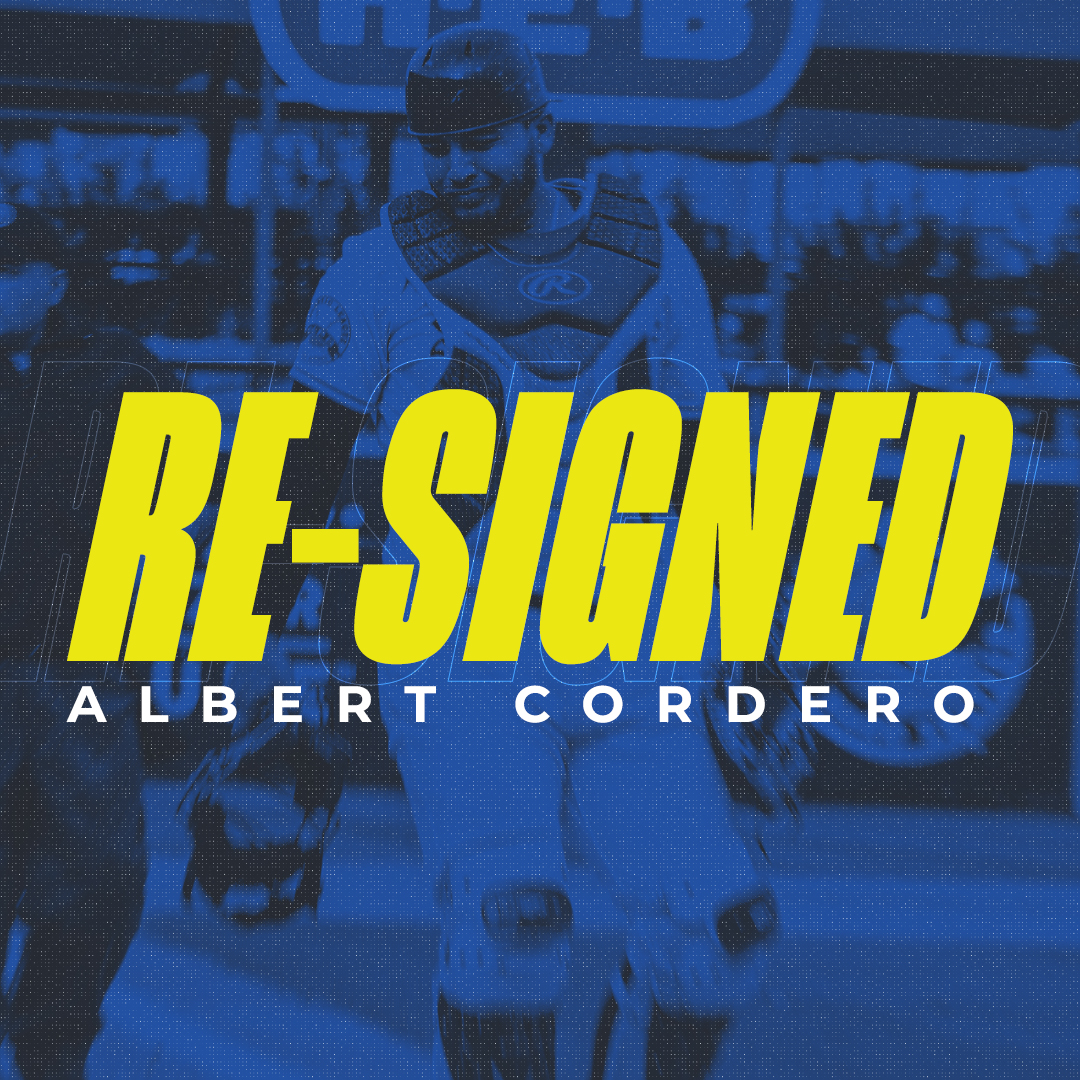 SUGAR LAND, TX — The Sugar Land Skeeters today announced the signing of catcher/infielder Albert Cordero as their first player signing for the 2020 season.

Cordero, who turned 30 on Tuesday, is set to enter his fifth season with the Skeeters. He would become just the second player to appear in five total seasons with the Skeeters, joining catcher Travis Scott (2013-17).

This came on the heels of a banner 2018 season in which Cordero hit 12 homers to go with 63 RBIs while earning a spot in the 2018 Atlantic League All-Star Game. He is one of two players who’s appeared on both of the Skeeters Atlantic League Championship teams, coming in 2016 and ‘18.

Over his four seasons in Sugar Land, Cordero has hit .268/.304/.399 through 280 games and has flashed superb versatility, appearing at catcher, first base, second base and third base. In 2017, Cordero was named the Skeeters’ Community Man of the Year.

The New York Mets originally signed Cordero as an amateur free agent from Venezuela in 2008. He spent eight years in the Mets’ minor league system, reaching as high as Double-A. Over his eight seasons at the affiliated level Cordero hit .244/.297/.344 with 25 home runs and 78 RBIs in 477 games.

The Skeeters, two-time winners of the Atlantic League Championship, begin their ninth season of play in the Atlantic League at Constellation Field on April 30. Season tickets and mini plans for the 2020 season are currently available and can be purchased by visiting SugarLandSkeeters.com, the TDECU Ticket Office at Constellation Field or by calling the Skeeters at 281-240-4487.