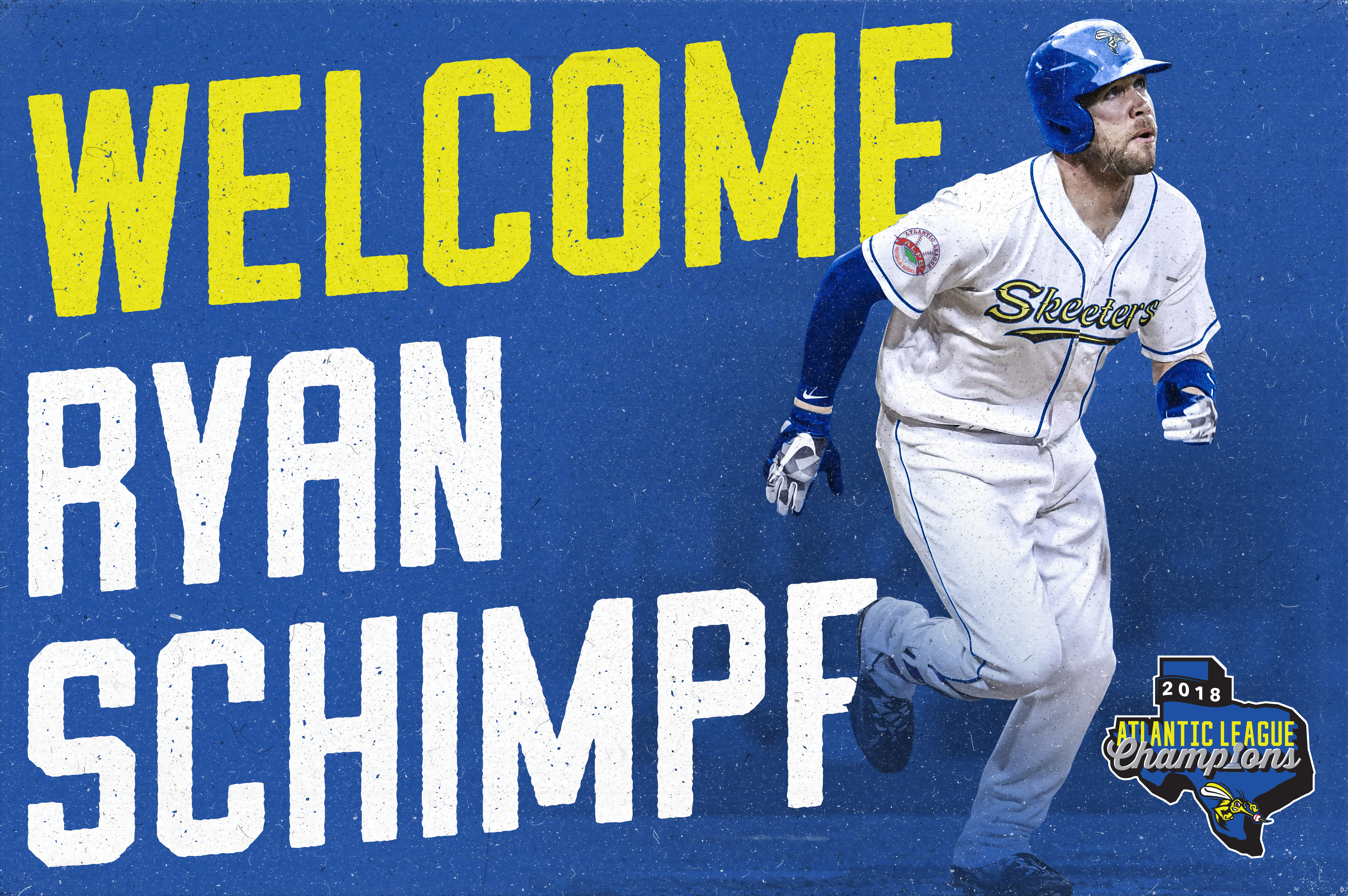 Schimpf, 30, appeared in five games for the Los Angeles Angels in 2018, going 1-for-5, with the hit being a two-run home run. He played in additional 30 games with Triple-A Salt Lake (LAA), hitting .178 with three home runs and 13 RBIs in 33 games. He made his Major League debut with the San Diego Padres in 2016 and also appeared with them in ‘17.

The Toronto Blue Jays selected Schimpf in the fifth round of the 2009 MLB Draft out of LSU. He spent seven seasons in the Blue Jays Minor League system, peaking at Triple-A, before signing with the Padres in November 2015. He was selected as an MiLB.com Organizational All-Star with the Blue Jays from 2012-15.

While at LSU, Schimpf, a native of Covington, La., was a member of their 2009 College World Series Championship team while also being selected 2009 College World Series All-Tournament Team. Schimpf was selected to the All-Southeastern Conference Second Team in 2009 and finished his LSU career in the top 10 in home runs and triples in school history.

The Skeeters, winners of the 2018 Atlantic League Championship, open the 2019 season on April 25 at Constellation Field against the Southern Maryland Blue Crabs. Season tickets and mini plans for the 2019 season are currently available and individual tickets will soon be made available. To purchase season tickets or mini plans, or for more information on ticketing, please visit sugarlandskeeters.com or call the TDECU Ticket Office at 281-240-4487