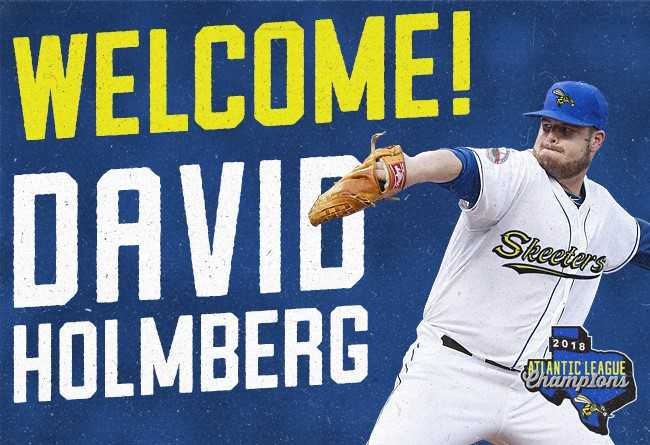 Holmberg, 27, made his Major League debut with the Arizona Diamondbacks in 2013 and has also appeared at the Major League level with the Cincinnati Reds (2014-15) and the Chicago White Sox (2017). He was the ninth youngest player to appear in the Majors in 2013.

The White Sox drafted Holmberg in the second round of the 2009 MLB Draft out of Port Charlotte High School (Port Charlotte, Fla.). Holmberg was traded from the White Sox, along with right-hander Daniel Hudson, to the Diamondbacks in July 2010 in exchange for right-hander Edwin Jackson He was ranked as the Diamondbacks’ No. 6 prospect entering the 2013 season, per Baseball America.

The Diamondbacks traded Holmberg to the Reds in December 2013 in a three-team deal that also sent former Major League All-Star right-hander Heath Bell and veteran catcher Ryan Hanigan to the Tampa Bay Rays.

The Atlantic League has been a leader in professional baseball and a gateway to Major League Baseball since 1998. Over 40 million fans have attended Atlantic League games and more than 900 players and 70 managers and coaches have joined MLB organizations directly from the ALPB. The Atlantic League emphasizes winning baseball games, showcasing the talent of top-caliber players and offering affordable family entertainment. For more information, please visit www.AtlanticLeague.com