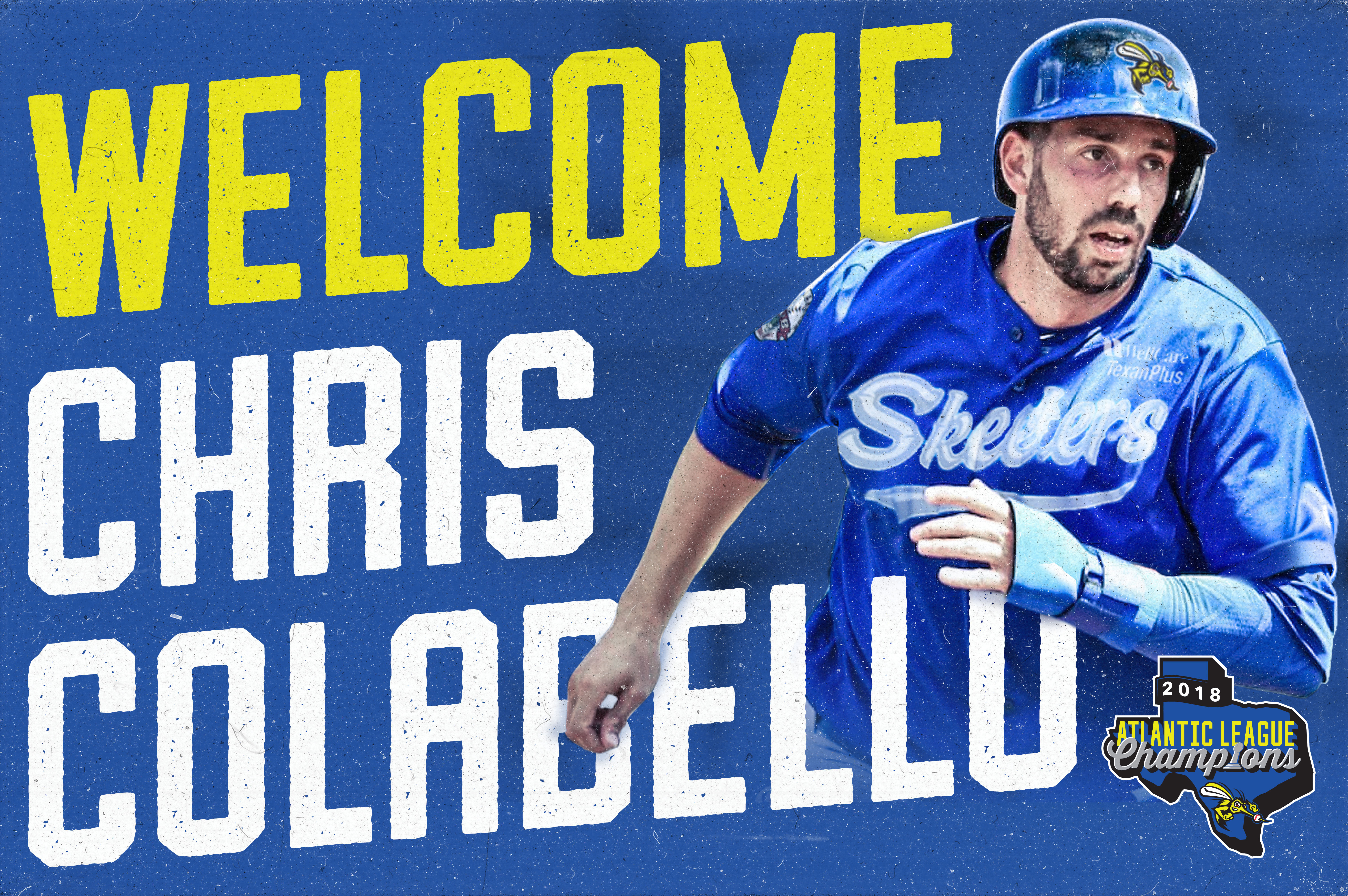 Colabello went 0-for-3 with a walk in his Skeeters debut at Lancaster on Tuesday morning, as the Skeeters went on to win 1-0 in extra innings.

The 35-year-old has four years of Major League experience. He made his Major League debut in 2013 with the Minnesota Twins and appeared with the Twins from 2013-14 and with the Toronto Blue Jays from 2015-16.

Prior to signing with the Twins, Colabello played with the Worcester Tornadoes (2005-07, 2008-11) and Nashua Pride (2007) of the independent Canadian-American Association.

While playing with Triple-A Rochester in 2013, Colabello was selected as the TOPPS International League Player of the Year after hitting .352 with 24 home runs and 76 RBIs. He was also voted a Twins MiLB.com Organization All-Star in 2012 and ‘13 and was selected as a Baseball America Minor League All-Star in ‘13.

Colabello played with Team Italy in the 2013 World Baseball Classic. He played in all five games for the team in the tournament and hit .333 with two home runs and seven RBIs.