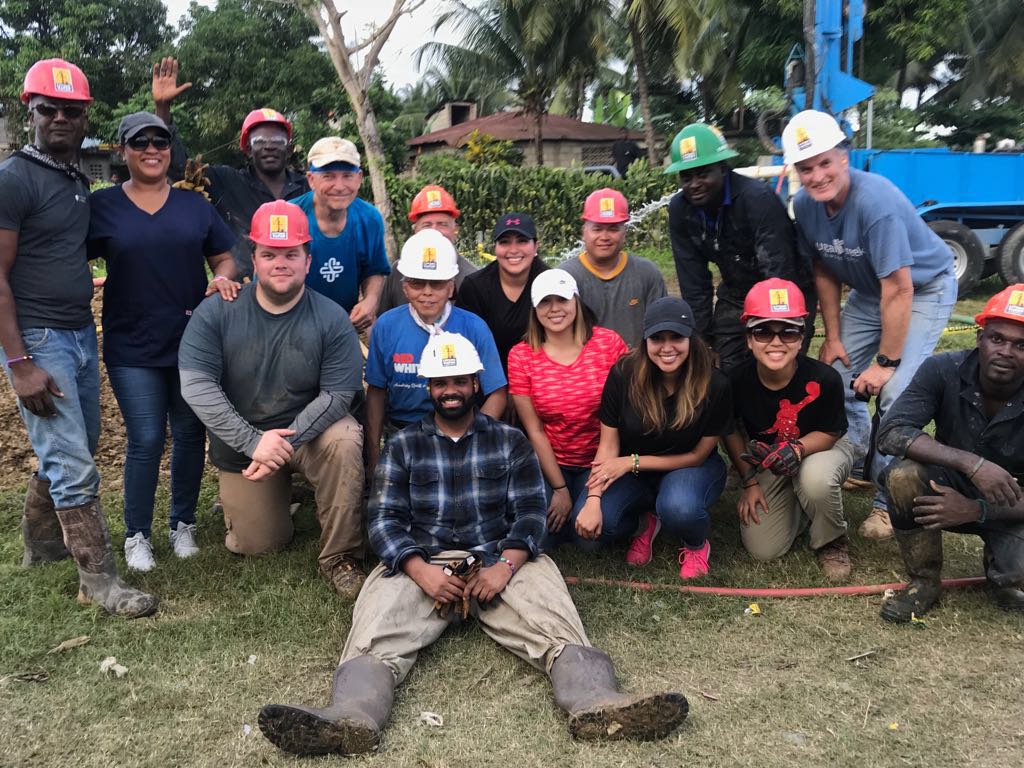 "It’s an often-used cliche, but it’s rather remarkable the things that can be taken for granted.

In a small village in El Salvador, one thing that’s certainly not taken for granted is access to clean water.

High in the mountains of Las Piletas, an intimate community in San Salvador, the idea of retrieving clean and usable water from a well was exactly that -- an idea.

That was, until a group from Sugar Creek Baptist Church, including Sugar Land Skeeters Senior Sales Manager, Sunny Okpon, went on a goodwill mission to Las Piletas to help provide their community with a fundamental necessity of life.

“This particular area, they didn’t have any active water supply,” Okpon said. “So they would have trucks bringing in water because don’t have an active well. There was only one person who was outside of their community, pretty far away, but he had a well.”

When the delivery trucks were not running, members of the community would have to walk miles to gain access to clean water.

“There were a couple of spots that you’d see people with dirty water and a lot of them had to bathe in creeks.”

While the main objective of the goodwill mission was to find access to clean water, there were a few other goals.

Along with Sugar Creek Baptist and Living Water International working as part of a  “Drilling Team,” there was also a “Hygiene Team.” The Hygiene Team gave instructions on best practices for things like washing your hands, what water is OK to drink and how to clean food.

Over the first two days, the team drilled over 260 feet into the ground without finding a water source. After moving to a new site a few days later, and drilling over 400 feet beneath the surface, they finally found what most people find by turning their sink on -- usable water.

“You could kind of see each day we were going along that there was doubt we would find water,” Okpon said. “But on that last day you could see people crying and the excitement on their faces. They wanted to keep going, that was the message -- to keep going.”

The seemingly miraculous drill was the deepest in El Salvador’s history, Okpon said.

Soon after, an electric pump was installed to supply the newly-found water source and once it was installed, the people of Las Piletas no longer had to travel miles to pay for their water.

Sugar Creek Baptist Church embarks on missions like this every year. In 2018, Okpon traveled with the church to Haiti with a similar objective. However, he said the conditions in El Salvador were far worse.

You’re on a mountain,” Okpon said. “The roads are rocky when you get out that way and it’s difficult to get around.”

Okpon is still deciding on whether he’ll go on the church’s trip in 2020. Whether he goes or not, the impact the trips have left on him will live on.

“It was a really amazing experience to be able to change someone’s life while also teaching the community why we were there,” he said. “I’m excited to hopefully do it again someday.”