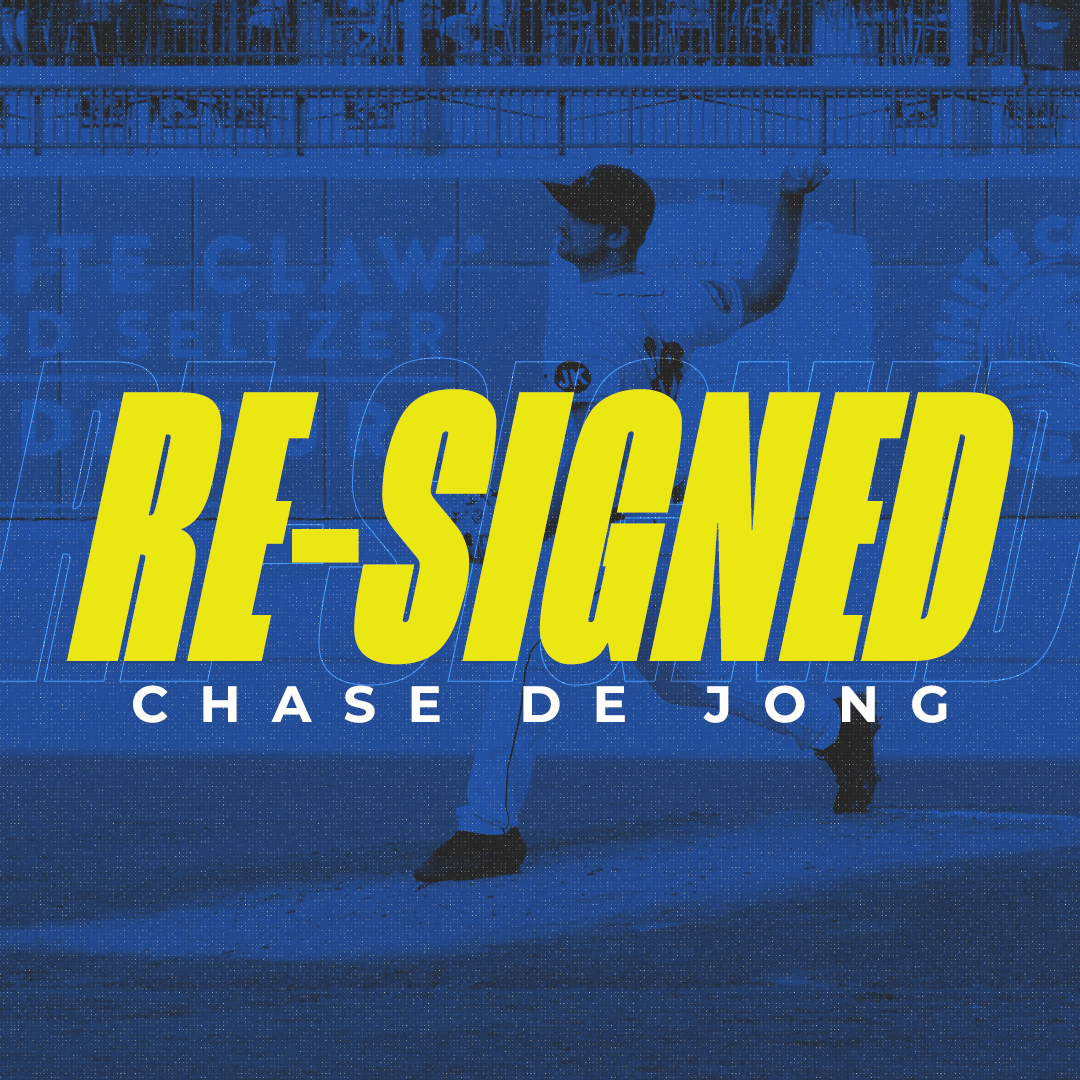 De Jong, 26, joined the Skeeters in July of last season and was 4-4 with a 5.56 ERA in 12 starts. He also carried a 3.86 ERA through two postseason starts. De Jong took a no-decision in the Skeeters’ Freedom Division-clinching win at York on Sept. 28, striking out seven with just one walk while allowing three runs over six innings of work.

The Toronto Blue Jays selected De Jong in the second round of the 2012 MLB Draft out of Woodrow Wilson High School (Long Beach, Calif.). He was traded to the Los Angeles Dodgers in July 2015 and then to the Seattle Mariners in March 2017. He was rated as the Mariners’ No. 22 overall prospect prior to the 2018 season, per MLB Pipeline. De Jong made his Major League debut with the Mariners in 2017 and then went on to appear with the Minnesota Twins in 2018 and ’19.

Martin, 30, also joined the Skeeters in July of last season. He was 3-0 with a 3.77 ERA in 25 relief appearances, striking out 29 batters through 28 2/3 innings pitched. Martin began the 2019 season with the Philadelphia Phillies organization at the Triple-A level.

The Cleveland Indians selected Martin in the 10th round of the 2012 MLB Draft out of Samford University. He was selected as a Eastern League All-Star in 2015 while with Double-A Akron, going 8-1 with a 2.27 ERA and two saves in 44 relief appearances with Akron that season.

Martin spent seven seasons within the Indians organization before joining the Phillies in 2019, reaching as high as the Triple-A level. Over his eight seasons at the professional level, Martin has gone 32-26 with a 3.62 ERA and 20 saves in 320 games (five starts).