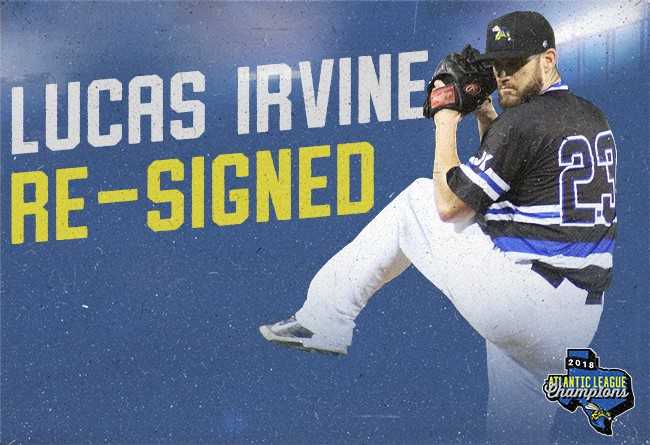 Irvine is set to appear in his fifth season in the Atlantic League. He made his first league appearance in 2013 with the Camden Riversharks and appeared in two seasons with the Somerset Patriots (2015, ‘17), as well as his 2018 stint with the Skeeters. He’s also appeared at the independent level with the Kansas City T-Bones of the American Association (2012-13, ‘18).

The Atlantic League has been a leader in professional baseball and a gateway to Major League Baseball since 1998. Over 40 million fans have attended Atlantic League games and more than 900 players and 70 managers and coaches have joined MLB organizations directly from the ALPB. The Atlantic League emphasizes winning baseball games, showcasing the talent of top-caliber players and offering affordable family entertainment. For more information, please visit www.AtlanticLeague.com