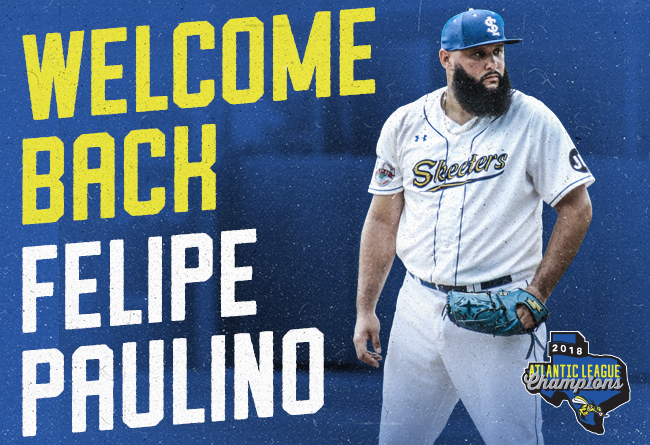 Paulino set the Skeeters single-season record and led the Atlantic League with 33 saves in 2018. He was selected as a Mid-Season and Post-Season Atlantic League All-Star. Through 22 appearances this season, Paulino was 2-0 with a 1.96 ERA and was second in the league with 14 saves at the time his contract was purchased. His 33 strikeouts were also the most of any Atlantic League reliever at the time.

The Skeeters have clinched a 2019 postseason berth and have chosen “Come and Take It” as their postseason theme, in honor of the Battle of Gonzales. Playoff tickets are on sale and people can visit sugarlandskeeters.com/playoffs to purchase tickets or for more information on playoff promotions and ticket packages