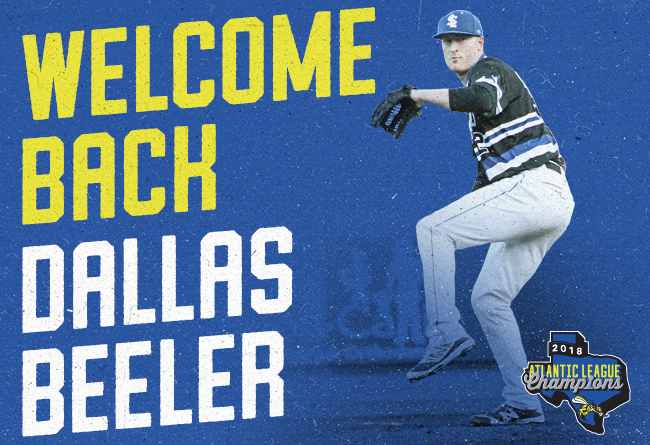 Beeler was one of 12 Skeeters to have his contract purchased by a Major League organization in 2018, joining the Kansas City Royals on July 6. At the time his contract was purchased, Beeler was second in the league with a 1.99 ERA, tied for first with six wins, first with a .165 opponents’ batting average and fifth with 54 strikeouts.  He went on to re-join the Skeeters on July 28.

Beeler made his Major League debut with the Cubs in 2014 and also appeared with them in ‘15. Through five Major League starts, Beeler is 0-3 with a 6.05 ERA (19.1 IP). Beeler appeared with the Tomateros de Culiacan of the Mexican Pacific Winter League this offseason and went 1-1 with a 2.03 ERA in five starts.