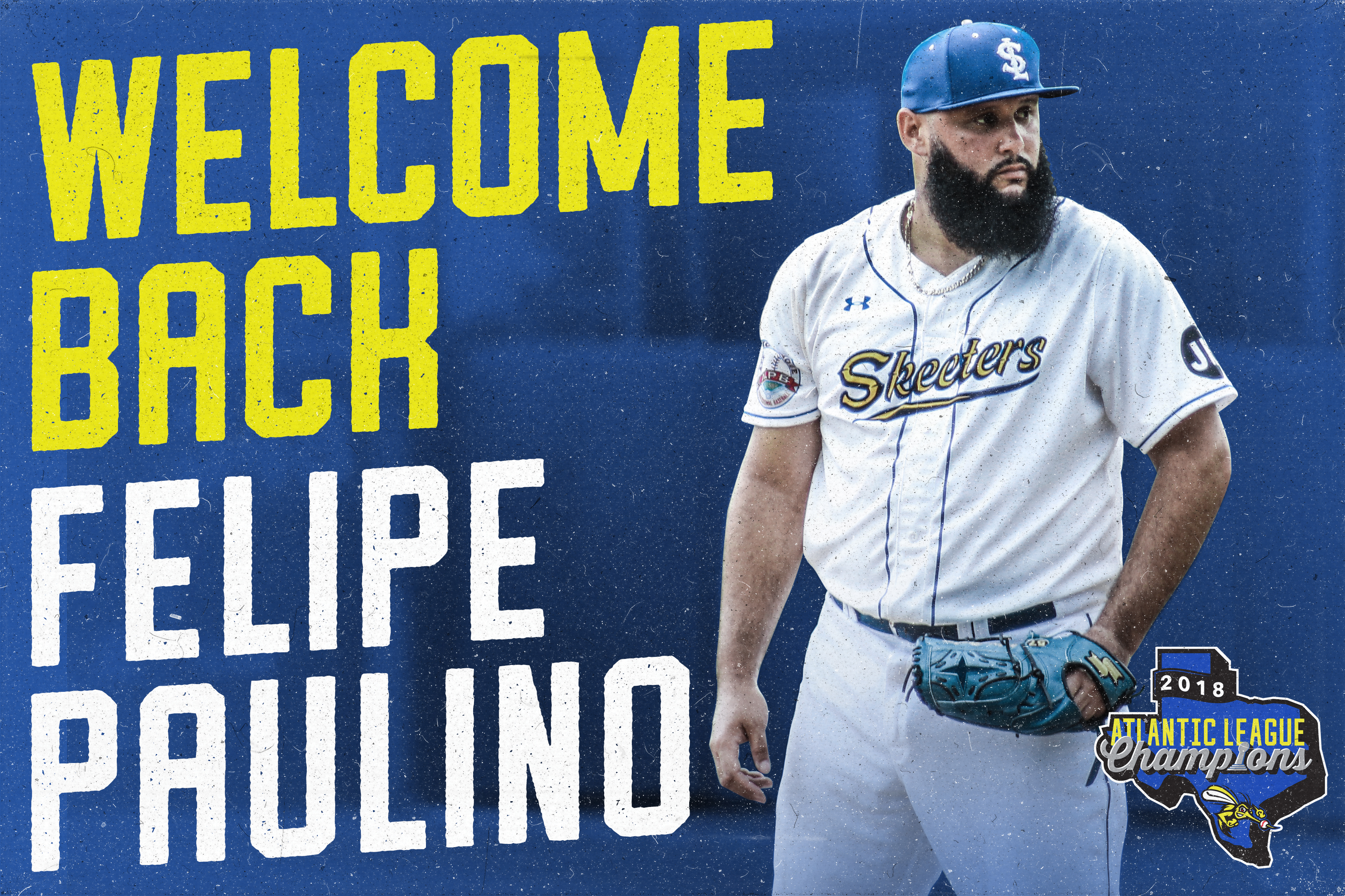 Paulino, 35, will be entering his third season with the Skeeters and his 16th at the professional level. Paulino set the Skeeters single-season record with 33 saves in 2018, which also led the Atlantic League, going 2-2 with a 1.18 ERA in 54 appearances.

Paulino ranks second in Skeeters history with 49 career saves and is eighth all-time with 93 appearances. He first joined the Skeeters in 2017 and led the team with the 16 saves that year.

He made 23 appearances in the 2018-19 offseason with the Cardenales de Lara, who were the champions of the Venezuelan Winter League.

The Houston Astros originally signed Paulino in July 2001 as an amateur free agent from Venezuela. He made his Major League debut with the Astros in 2007 and appeared with them from 2009-10 as well.