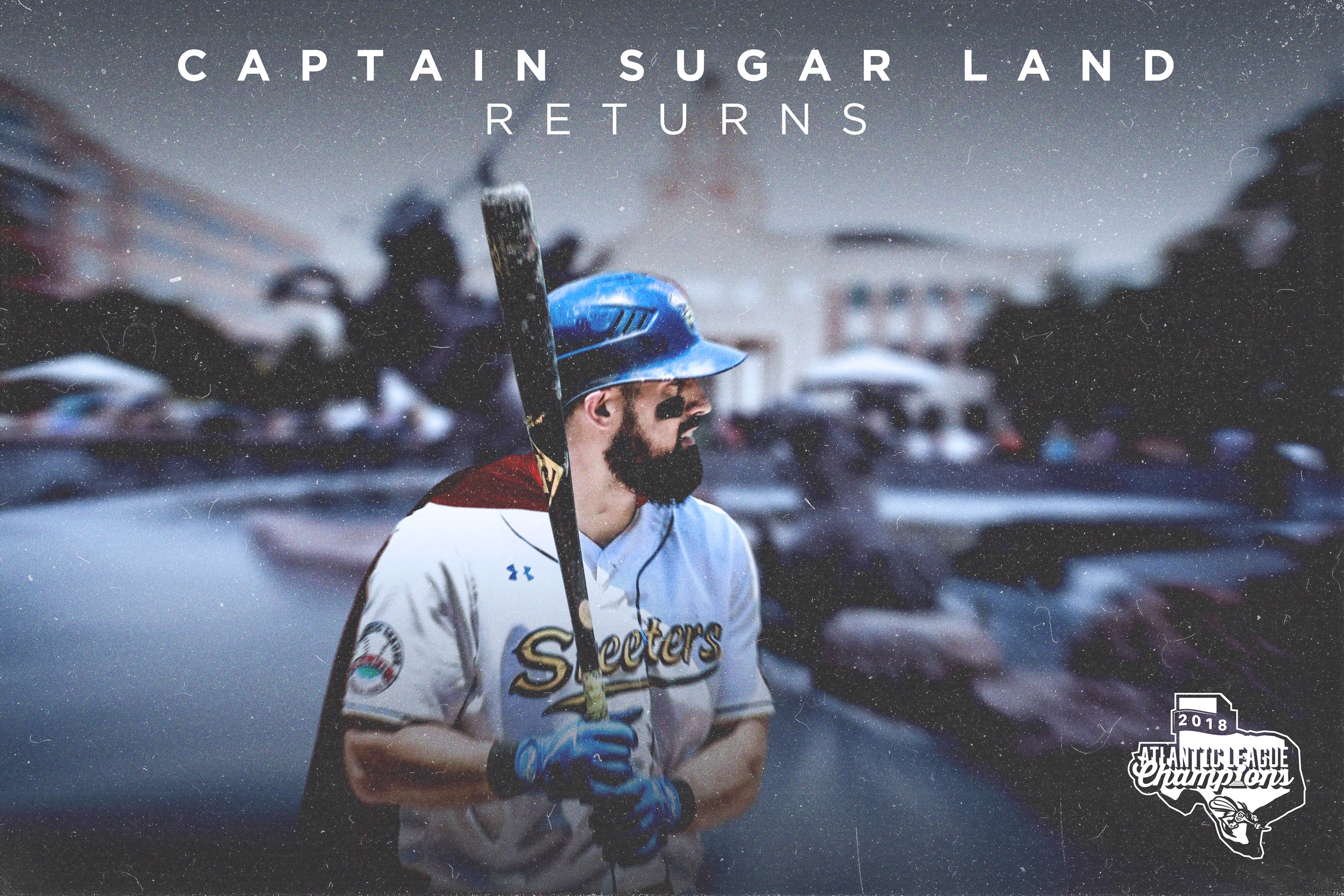 The Connecticut native hit .310 with a home run and four RBIs in 10 postseason games last season as the Skeeters went on to win the 2018 Atlantic League Championship.

Giansanti ranked fifth in the Atlantic League last season in stolen bases, sixth in runs (79), seventh in home runs and was tied for 10th in slugging percentage (.456). He made 40 appearances in the outfield and infield last season and was just one of two players in the league to accomplish the feat.

“I’m really excited to be back with the Skeeters organization and to be able to play in front of this fan base once again,” Giansanti said. “Last season was amazing and I can’t wait to get back with the guys and bring another championship to Sugar Land.”

The 2017 Atlantic League All-Star also holds the Skeeters franchise record with a 26-game hitting streak, which he accomplished in 2017. Giansanti first appeared in the Atlantic League in 2016 with the Bridgeport Bluefish.

The Oakland A’s took Giansanti in the 49th round of the 2009 MLB Draft out of Sienna College. He first appeared at the professional level in 2010 with the Chicago Cubs and played within the Cubs farm system from 2010-16, peaking at Triple-A.