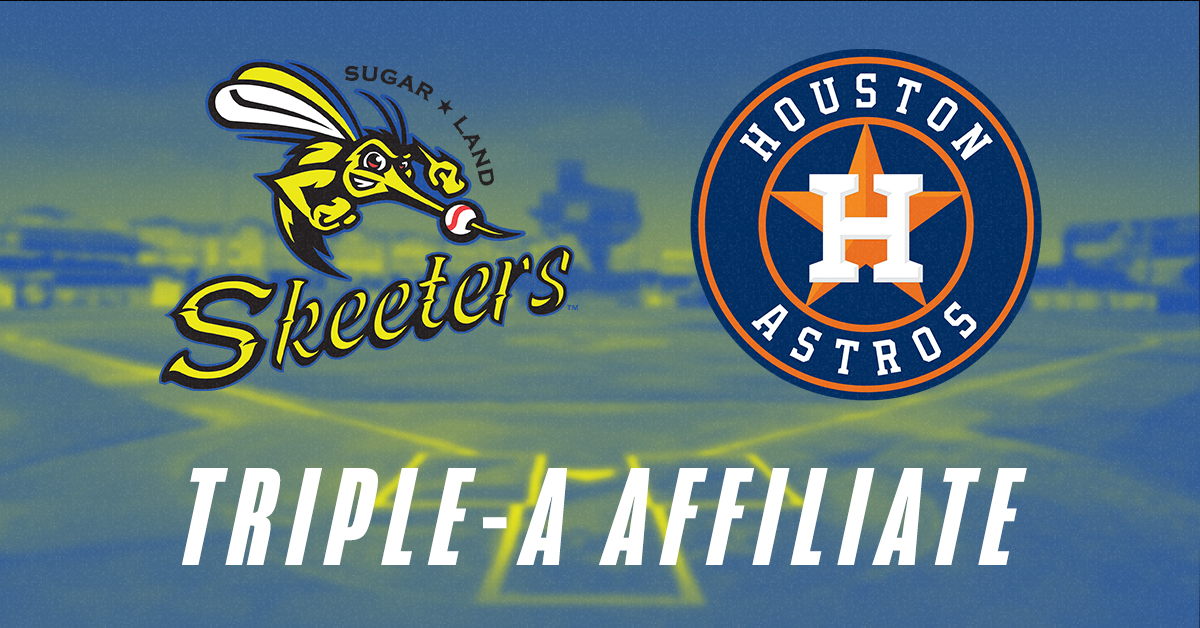 SUGAR LAND, Texas – The Houston Astros have officially agreed to Player Development Licenses (PDL) with their minor league affiliates, including with the Sugar Land Skeeters as their Triple-A affiliate. The PDL signed between the Astros and Skeeters guarantees Triple-A baseball will be played in Sugar Land through the 2030 season.

“The Astros are happy to welcome Sugar Land into the organization as the team’s home for Triple A baseball,” said Astros General Manager James Click. “We look forward to our prospects reporting to Constellation Field and are excited for a minor league season in 2021.”

The Skeeters are set to embark on their first season at the affiliated Minor League ranks.  They are one of two former independent clubs to become a Triple-A affiliate under the new PDL between Major League and Minor League teams. Under the PDL, there will be 120 Minor League teams featured in four full-season leagues.

The other Astros Minor League affiliates include Double-A Corpus Christi, High-A Asheville and Low-A Fayetteville. With their Astros affiliation, the Skeeters become the second-closest Triple-A affiliate in proximity (approximately 22 miles) to their Major League parent club.

“This has been a dream for our organization since our inception a decade ago,” said Skeeters President Christopher Hill. “This is an incredibly exciting day for our fans, our community and our front office. We look forward to a long-lasting and successful partnership with the Astros and will continue to provide a first-class fan experience our community has come to expect.

Through their first 10 years of their existence at Constellation Field, the Skeeters have played as an independent club. They reached the playoffs in five of eight seasons in the Atlantic League of Professional Baseball, including championships in 2016 and ‘18.

As an independent club, the Skeeters had 123 former Major Leaguers appear for them, including the final professional appearance for seven-time Cy Young Award winner and former Astros right-hander Roger Clemens in 2012. They set the Atlantic League’s single-season attendance record in 2012 (465,511) as well as the league’s single-game attendance record on July 4, 2016 (8,606).

Constellation Field, which has been twice-named the Atlantic League Ballpark of the Year, is currently undergoing renovations. An announcement regarding the specifics of the renovations, along with announcements on the Skeeters' 2021 schedule and coaching staff will be made in the near future.