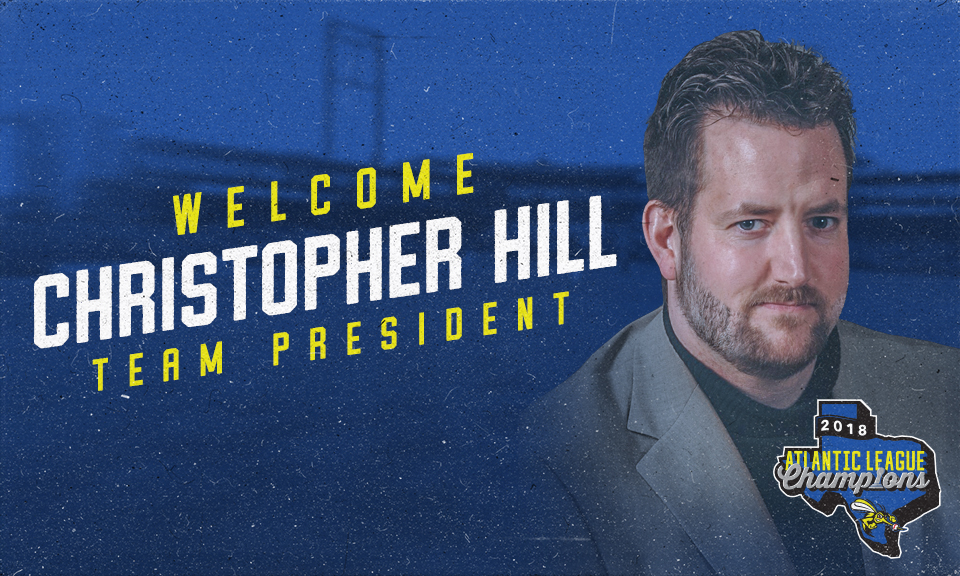 Hill was the Skeeters’ Vice President for their inaugural season in 2012. He was the first person on site, responsible for all initial revenue generation for the club, including naming rights, skybox sales, ticket sales and sponsorship sales, with a focus on stadium founding partnerships.

“Coming home is a rare and exciting opportunity,” Hill said. “To live in such a dynamic community and now represent the best family-friendly venue in the area is an honor. We are going to have an exciting team, develop new and engaging promotions and most importantly - have fun.”

“We are thrilled that Chris has agreed to lead our organization,” said Skeeters owner, Kevin Zlotnik. “We talked to many candidates, but Chris stood out with both his vast minor league experience & strong ties to the Sugar Land community. On behalf of my whole family, we cannot wait to see Chris elevate this franchise to even further heights.”

His sports career highlights include producing the broadcast for the first game ever for the Colorado Rockies and Florida Marlins franchises, the design of the “Angry Eyes” Lake Elsinore Storm logo which went on to become the top MiLB logo for twelve years running, multiple stadium naming rights agreements, and numerous regional broadcast tv schedules. Hill was also the sales manager for the Southern California premier arena, the Arrowhead Pond (now Honda Center) Since leaving the Skeeters in 2013, Hill has run his own award-winning communications firm, 180 Messaging.

“Bringing in a leader like Chris Hill is an exciting addition to our franchise,” said Skeeters General Manager Tyler Stamm. “Chris was a driving force behind the start of Skeeters baseball from 2010-2012, and his extensive experience both in baseball and other industries will allow us to provide the best fan experience in minor league baseball.”

Hill and his wife, Christy, have three kids, Caden, Siena and Lauren, and have been residents of Missouri City, Texas for nine years.