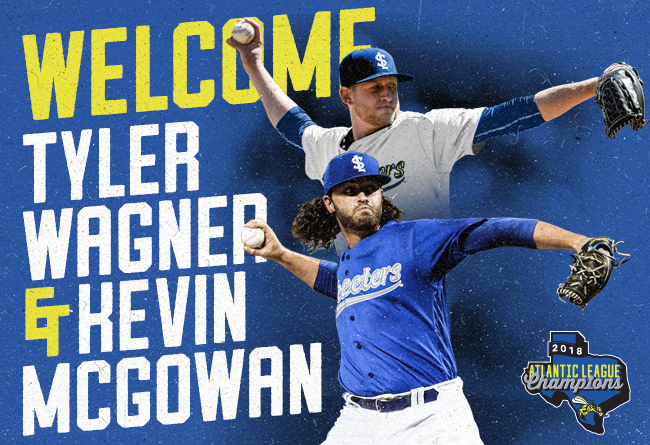 McGowan made his Major League debut in 2017 with the New York Mets, recording a 5.19 ERA in eight relief appearances, spanning 8 ⅔ innings pitched.

The Mets selected McGowan in the 13th round of the 2013 MLB Draft out of Franklin Pierce University (Rindge, N.H.). He’s spent all six seasons of his professional career at the affiliated within the Mets Minor League system, going 30-31 with a 4.04 ERA in 183 games (57 starts).

The Milwaukee Brewers took Wagner in the fourth round of the 2012 MLB Draft out of the University of Utah. He made his Major League debut with the Brewers in 2015 and also appeared at the Major League level with the Arizona Diamondbacks in ‘16. Through two MLB seasons, Wagner has gone 1-2 with a 4.94 ERA in six games (three starts).

Wagner won the Southern League ERA title in 2015, recording a 2.25 ERA with Double-A Biloxi. He was also selected as an MiLB.com Organizational All-Star in 2014 with the Brewers. While at Utah, Wagner was selected First-Team All-Mountain West Conference as a reliever in 2011. He’s Utah’s all-time career leader with 17 saves.