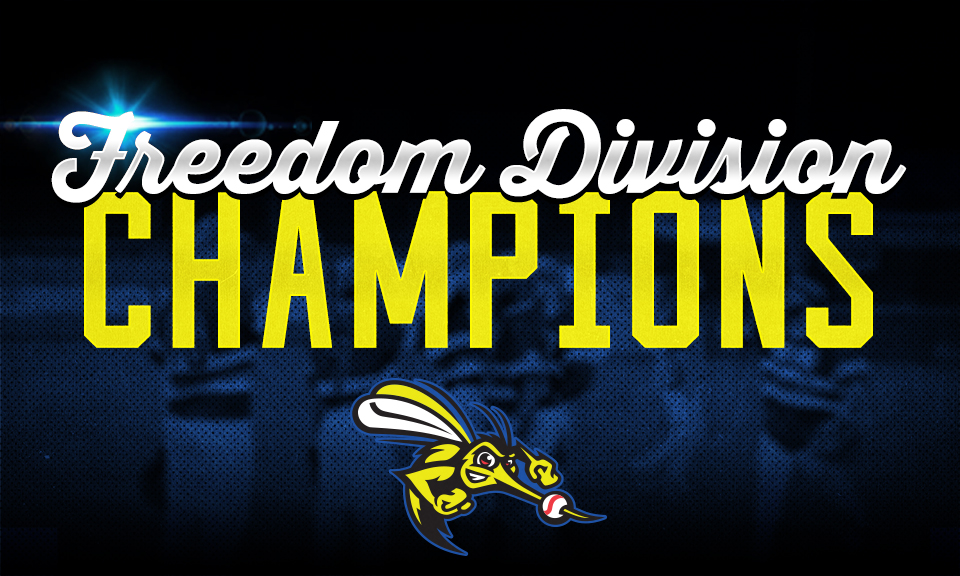 SUGAR LAND, TX— The Sugar Land Skeeters secured the second-half Freedom Division title following a win on Wednesday night against the Long Island Ducks at Constellation Field, giving the Skeeters both the first-half and second-half Freedom Division titles this season. It marked the first time since 2013 that the Skeeters clinched both titles in the same season.

With Wednesday’s victory, the Skeeters picked up their 51st home win of the season, setting the franchise’s single-season record for home wins. The team set its previous record of 50 home wins in 2013. The Skeeters’ win Wednesday also gave them 80 overall wins on the season. It marked the third time in franchise history the team reached 80 wins, with both of the other 80-win seasons (2013, ’14) coming in 140-game regular seasons compared to a 126-game regular season in 2018.

The 2018 second-half Freedom Division title marks the fifth divisional title in franchise history and the second under the direction of first-year manager Pete Incaviglia. The other four titles came in 2013 (first and second half), 2016 (second half) and 2018 (first half).

The Skeeters begin their 2018 postseason push on Tuesday, Sept. 17, with their first-round opponent still to be determined. The Skeeters will host Game 3 of their first-round series at 7:05 p.m. on Friday, Sept. 21, at Constellation Field. They will also host Game 4 on Sept. 22 and Game 5 on Sept. 23, if necessary, with both Game 4 and 5 scheduled to start at 6:05 p.m.

Individual and group playoff tickets are available now at SugarLandSkeeters.com, our mobile app, and at the TDECU Ticket Office at Constellation Field. For more information, call 281-240-4487.