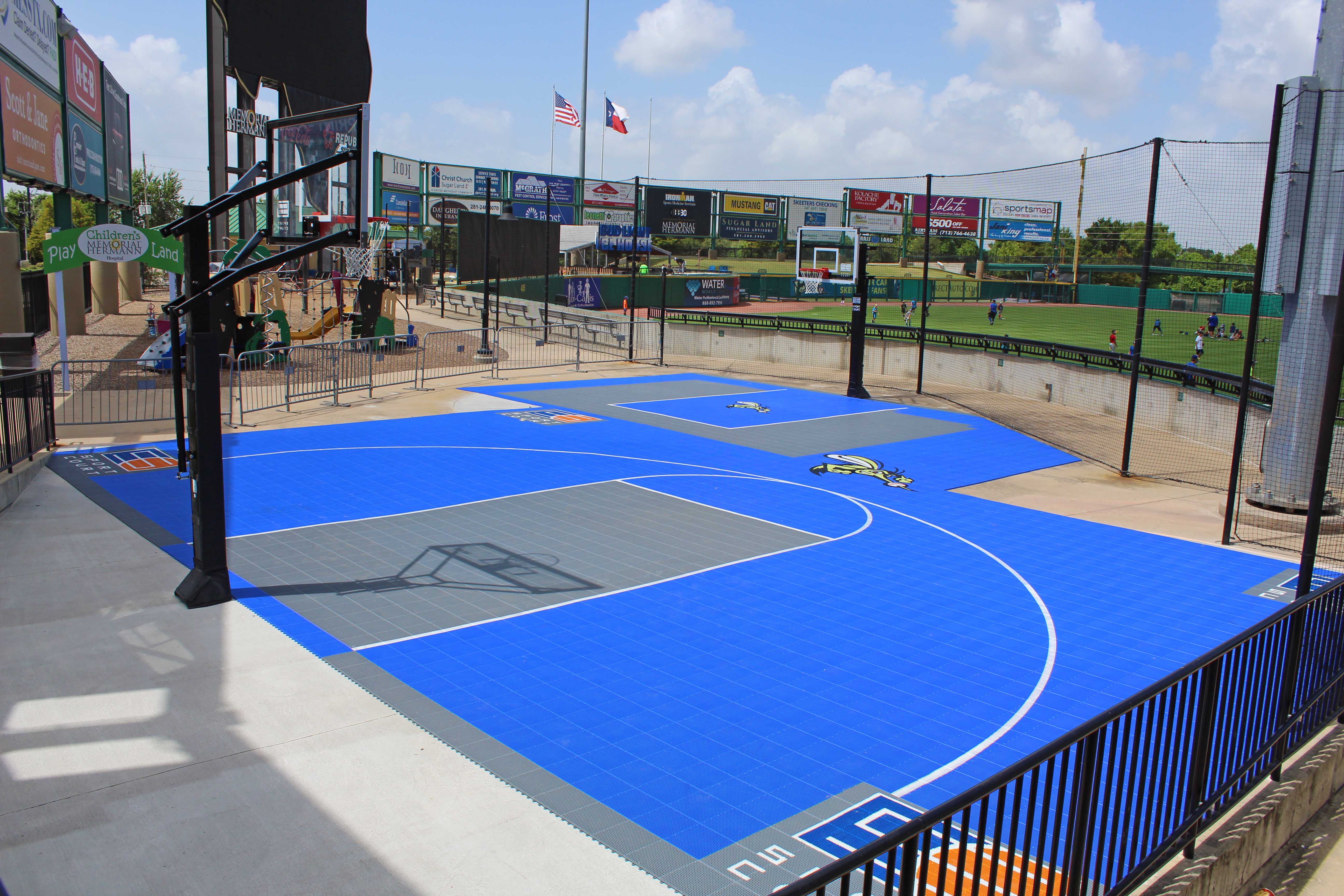 The Sport Court Of Texas will feature two basketball hoops, including a regulation 10-foot hoop and an eight-foot hoop for younger participants, along with a state-of-the-art Sport Court playing surface that will provide fans with the safest and most enjoyable experience. The playing surface will also feature several Skeeters logos and protective netting will be placed along the left-center field wall to protect participants from balls leaving the field of play.

Constellation Field is the only venue in the Atlantic League of Professional Baseball to offer a Sport Court and is one of only a handful of Minor League baseball venues to include one.

Individual tickets are available now at SugarLandSkeeters.com, our mobile app, and at the TDECU Ticket Office at Constellation Field. Friday, June 29, will be 80’s Night at Constellation Field, featuring a jersey auction benefiting Grace After Fire and a postgame concert from the Spazmatics, courtesy of Silver Eagle. On Saturday, June 30, it will be Parrot Head Night, featuring a Skeeters Jersey Giveaway for the first 2,000 fans in attendance (courtesy of Texas Direct Auto), a Parrot Head jersey auction and a postgame concert from Jerry Diaz and Hanna’s Reef (courtesy of Silver Eagle). Also, fans can enjoy our weekly promotions at Constellation Field, including Margarita and Dollar Dog Mondays, Two For Tuesdays, Kids In Free Wednesdays, Thirsty Thursdays, Friday Fireworks and Sunday Funday. For more information, call 281-240-4487.

Visit SugarLandSkeeters.com and follow us on Facebook, Instagram and Twitter (@SL_Skeeters) for all the latest news on the team. Also, Download the official Sugar Land Skeeters app to keep up with the team all year long with news, score updates, stats and more. The free app is available in both the App Store and Google Play.