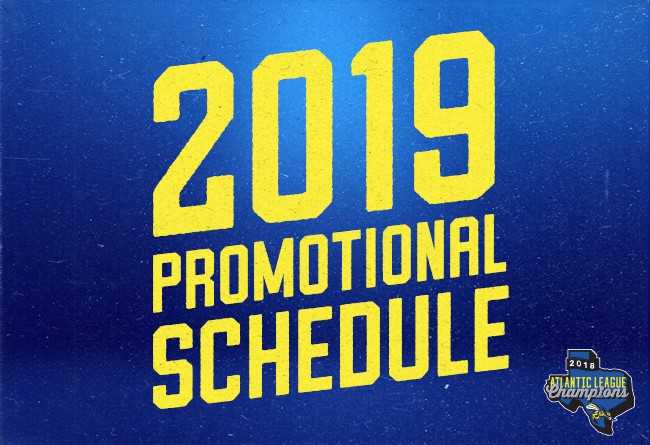 To honor their 2018 Atlantic League Championship, the Skeeters will be giving away their 2018 Championship Replica Rings on Opening Day, presented by Constellation, with first pitch at 7:05 p.m. on April 25 against the Southern Maryland Blue Crabs.

With Game of Thrones airing its final season in April 2019, the Skeeters will commemorate the occasion with a Pete Incaviglia bobblehead, presented by Memorial Hermann, paying tribute to the award-winning program, on Saturday, May 11, against the Long Island Ducks.

Skeeters Special Advisor, and former Major League player and scout, Deacon Jones, will be honored with a bobblehead night on Aug. 3, presented by Windstream. The bobblehead will pay tribute to Jones’ 1956 season with the Dubuque Packers when he hit .409 while a Minor Leaguer with the Chicago White Sox, setting the Midwest League record, which still stands.

The Skeeters, winners of the 2018 Atlantic League Championship, open the 2019 season April 25 at Constellation Field against the Southern Maryland Blue Crabs. Season tickets and mini plans for the 2019 season are currently available and individual tickets will soon be made available. To purchase season tickets or mini plans, or for more information on ticketing, please visit sugarlandskeeters.com or call the TDECU Ticket Office.