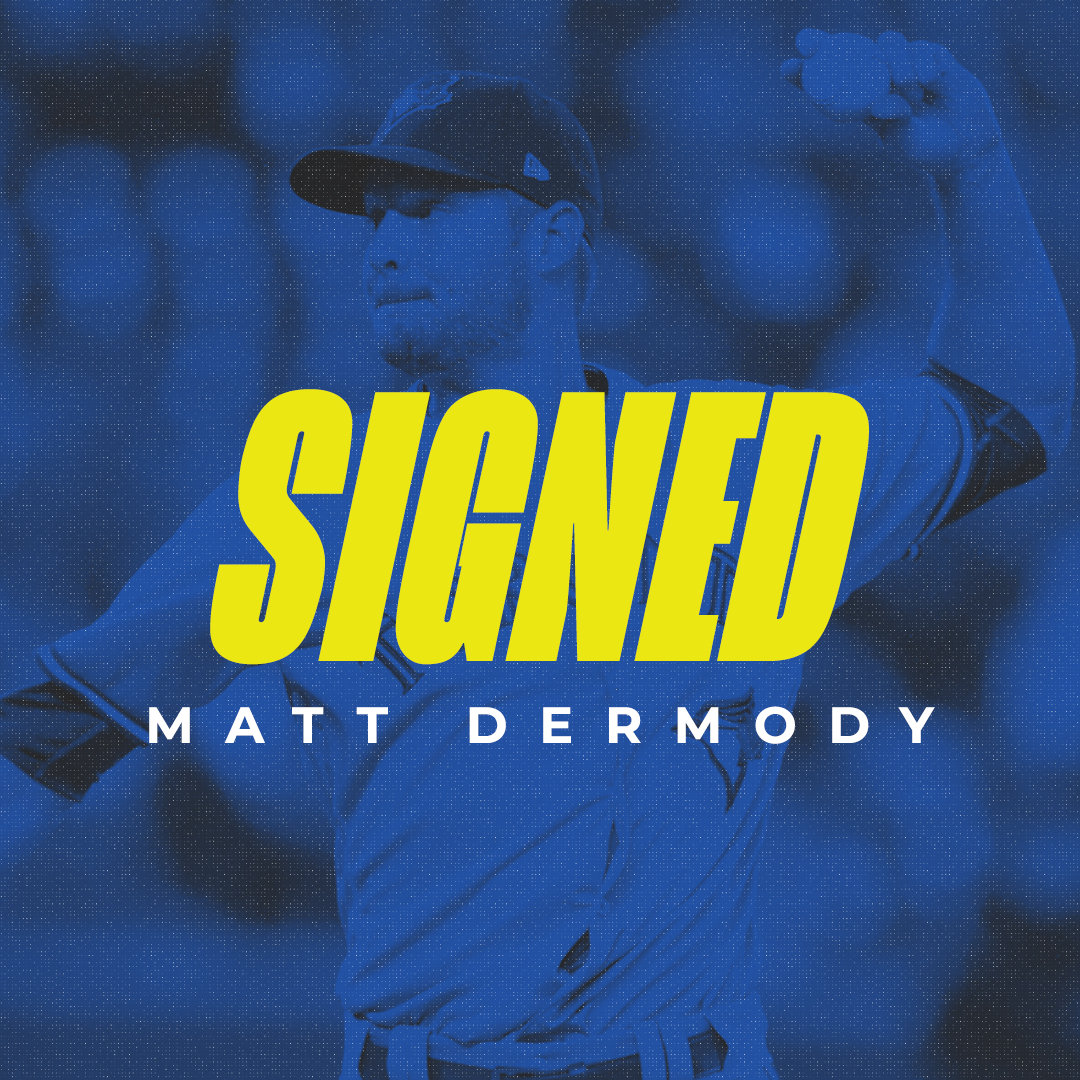 Dermody, 29, spent the 2019 season with Triple-A Buffalo (Toronto Blue Jays), making 15 relief appearances. The Blue Jays selected Dermody in the 28th round of the 2013 MLB Draft out of the University of Iowa. Dermody made his Major League debut in 2016, making five relief appearances. He went on to make 23 relief appearances with Toronto in 2017 and was 2-0 with a 4.43 ERA and 102 ERA+. Dermody has spent all seven seasons of his professional career within the Blue Jays organization. He was selected as an Arizona Fall League Rising Star in 2016. Throughout his time at the affiliated minor league level, Dermody has gone 23-11 with a 3.68 ERA and five saves in 178 games (17 starts).

Martin, 29, spent his 2019 campaign with the Seibu Lions of Nippon Professional Baseball. He went 2-5 with a 3.47 ERA and a save in 46 relief appearances with the Lions last season. Martin spent the 2018 campaign with Seibu as well. The Red Sox selected Martin in the ninth round of the 2013 MLB Draft out of Texas A&M University. He made his Major League debut with Boston in 2017, accumulating two relief appearances, spanning 2 1/3 innings pitched, with a 3.86 ERA. Prior to the 2017 season, Martin was ranked as the No. 22 overall prospect in the Red Sox system, per MLB.com. Over six seasons at the affiliated minor league level, Martin has gone 18-18 with a 3.55 ERA and 26 saves in 183 games, averaging 9.4 strikeouts-per-nine-innings and a 2.98 strikeout-to-walk ratio.

Owens, 27, was acquired by the Skeeters in a trade with the Kansas City T-Bones (American Association). With Kansas City in 2019, Owens went 4-2 with a 4.69 ERA in 21 games (seven starts). He was selected by the Boston Red Sox in the first round (36th overall) of the 2011 MLB Draft out of Edison High School (Huntington Beach, Calif.). He made his Major League debut with the Red Sox in 2015, going 4-4 with a 4.57 ERA in 11 starts his rookie season. Owens went on to make five starts for the Red Sox in 2016 as well. Prior to making his Major League debut, Owens was rated as a top-100 prospect in baseball by Baseball America and MLB.com from 2013-15, including being ranked as the No. 19 overall prospect in baseball prior to the 2015 season by MLB.com. Owens spent the 2017 season at the minor league level with Boston and the ’18 season at the MiLB level with the Arizona Diamondbacks before joining the T-Bones. Throughout his seven seasons at the MiLB level, Owens has gone 62-42 with a 3.52 ERA in 151 games (145 starts) while averaging 9.6 strikeouts per nine innings.