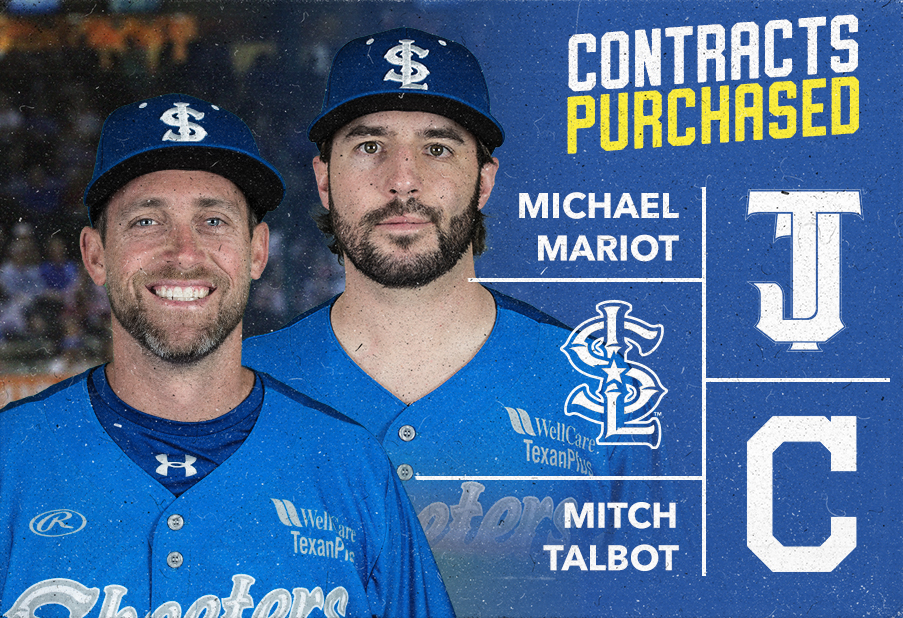 The Skeeters set a franchise records in 2018 with 14 contracts purchased by outside professional organizations, including 12 from MLB organizations. Both totals also led the Atlantic League last season.

The Houston Astros drafted Talbot in the 2002 MLB Draft out of Canyon View High School (Cedar City, Utah). Along with the Astros, Rays and Indians, Talbot has also pitched at the affiliated level with the Miami Marlins and New York Mets. He’s pitched at the professional level with the Hanwha Eagles and Samsung Lions of the Korea Baseball Organization as well. Talbot first joined the Atlantic League in 2014 with the Long Island Ducks. Through 345 career appearances at the professional level, Talbot is 128-104 with a 3.92 ERA and one save in 1,848 2/3 innings pitched.

Mariot, 30, was 3-0 with a 3.00 ERA in eight games (five starts) this season. He leads the Skeeters in wins and is currently fourth in the Atlantic League with 40 strikeouts. The former Major Leaguer first appeared with the Skeeters last season, going 0-0 with a 1.93 ERA in four starts.

The Skeeters have also signed former Major League right-hander Christian Bergman. The Seattle Mariners purchased Bergman’s contract from the Skeeters in Spring Training and Bergman was 1-3 with a 9.57 ERA in eight games (six starts) with Triple-A Tacoma this season.