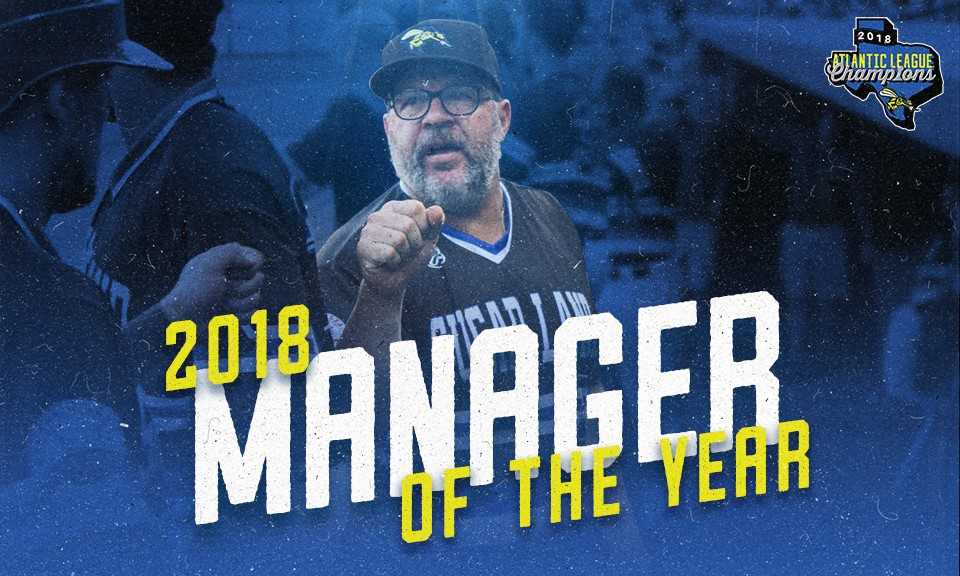 It marks the second time a Skeeters manager has taken home the award in the franchise’s seven-year history, with Gary Gaetti winning it in 2013.

Thirty players with Major League service time appeared with the Skeeters in 2018, which was also a franchise single-season record.

The 2018 Atlantic League Championship was the second league title that Incaviglia has been involved with throughout his illustrious career. He was a member of the 2000 Nashua Pride, which also went on to win to the Atlantic League title.

Dating back to his stint in the American Association, Incaviglia has led his teams to the playoffs in three of his last four seasons, including two trips to the semi-finals. He owns a 506-405 career record as a manager at the independent level and has only finished a regular season with a losing record on one occasion.

Incaviglia played 12 seasons in the Majors after being selected by the Montreal Expos with the eighth overall pick of the 1985 MLB Draft. He still owns NCAA Division I records for single-season home runs (48), RBIs (143) and slugging percentage (1.140) from his time at Oklahoma State. He also still owns the NCAA Division 1 career home run record (100). Incaviglia was named college baseball’s Player of the Century by Baseball America in 2009.