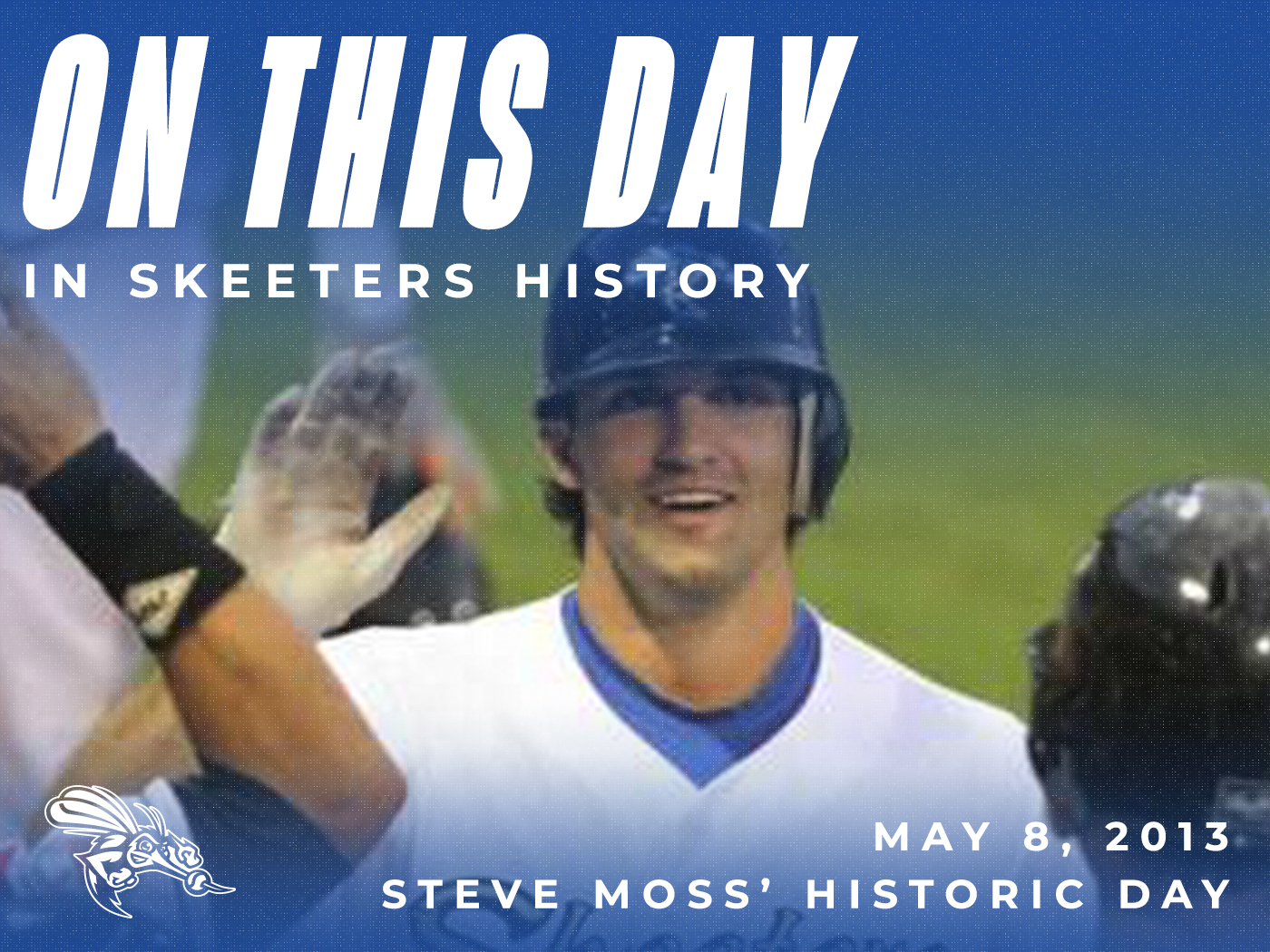 The Skeeters had their way with Southern Maryland on this day back in 2013. It was an especially fortuitous -- and historic day -- for Skeeters left fielder Steve Moss. Not only did Moss collect two dingers in this matinee win over the Blue Crabs, he set a pair of single-game Skeeters records. Moss went a perfect 5-for-5 and scored four runs in the victory, setting single-game records for hits and runs. Both records still stand today, though both have been matched on several occasions. However, Moss will always go down as the first player in Skeeters history to collect five hits and score four runs in a single game. The entire Skeeters offense showed up for this game, with 10 runs and 18 hits in the 10-2 win. Along with that, the Skeeters score in all but just two innings against Southern Maryland. Not that it was necessarily needed, but right-hander Scott Elarton had one of his finest performances as a Skeeter. He allowed a season-low two hits and one unearned run over seven innings of work to pick up the win. This win helped the Skeeters move to 16-3 on their way to setting Atlantic League records in single-season wins and winning percentage, and also kicked off a seven-game winning streak.