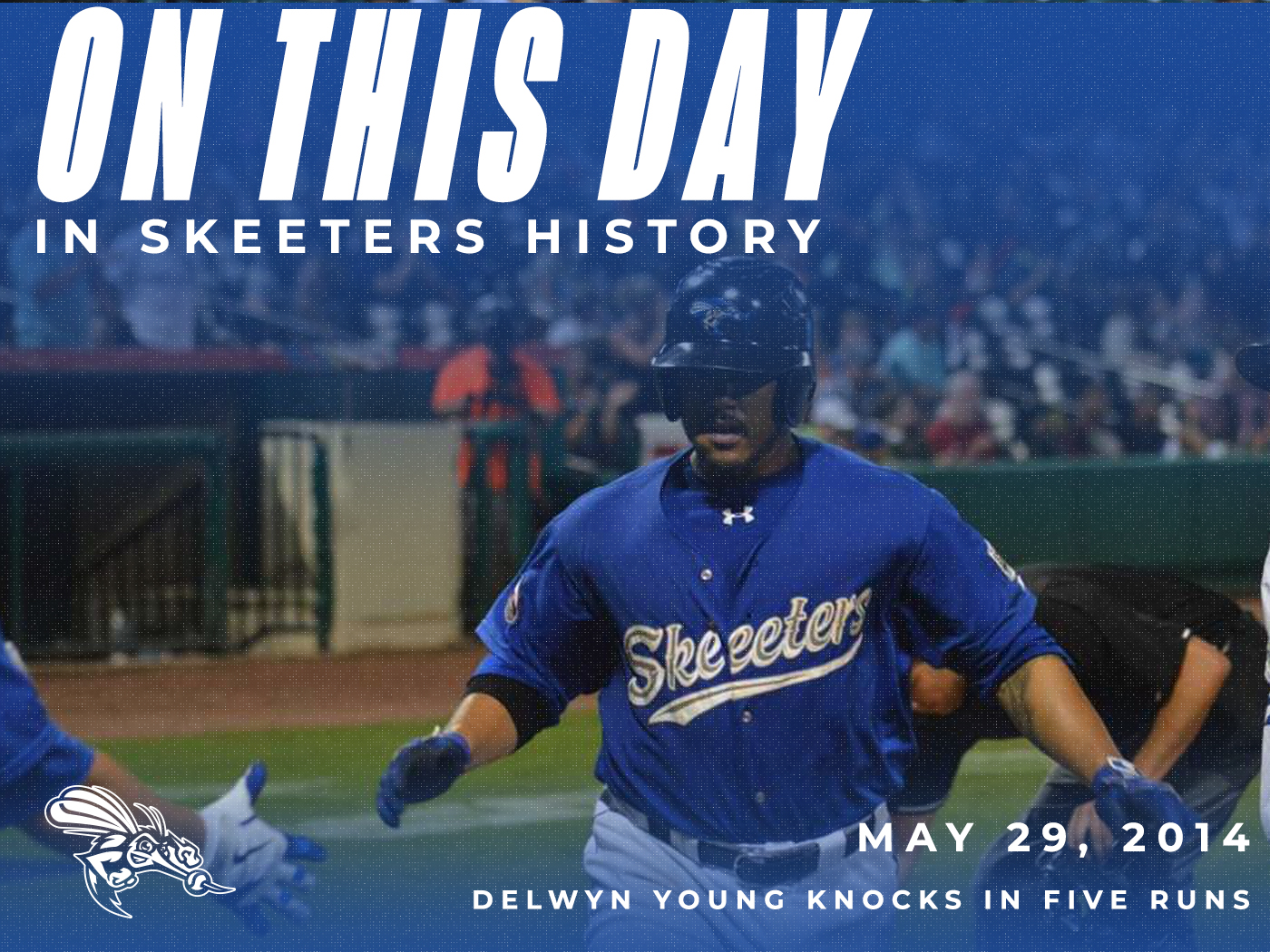 On this day in 2014, Delwyn Young powered the Skeeters to victory in Game 1 of a doubleheader at Bridgeport. The Skeeters managed to edge the Bluefish 7-6 in the seven-inning contest thanks to a five-RBI effort from Delwyn Young. The Skeeters trailed 3-0 through one but Young knotted things up at 3-3 in the third with a three-run homer. The game was tied 5-5 heading into the sixth but Young once again came through in the clutch, this time with a two-run triple to give the Skeeters the lead for good. Former Major Leaguer locked down the bottom of the seventh to pick up the save. Young led the Skeeters and was fifth in the Atlantic League with 88 RBIs in 2014. His 88 RBIs in 2014 were also the most in a single season in his five-year Atlantic League career.