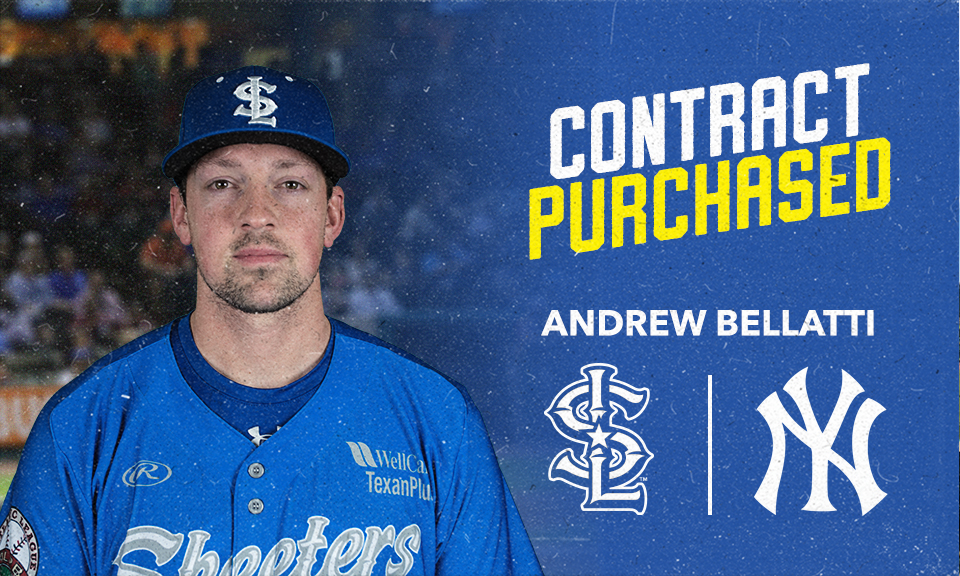 SUGAR LAND, TX — The Sugar Land Skeeters today announced that the contract of right-hander Andrew Bellatti has been purchased by the New York Yankees.

Bellatti, 27, made his Skeeters debut on April 26 in the Skeeters 7-6 win over the Southern Maryland Blue Crabs, tossing a scoreless inning of relief, also striking out the side. He last appeared at affiliated level in 2016 at the High-A/Double-A/Triple-A levels in the Tampa Bay Rays Minor League system, going a combined 0-3 with a 6.91 ERA in 2016.

Bellatti made Major League debut on May 9, 2015, with Tampa Bay Rays against the Texas Rangers. He picked up the win in MLB debut, allowing a hit and no runs over 3 ⅓ innings of relief while striking out two. He recorded first career strikeout against All-Star MLB outfielder Shin-Soo Choo.

Bellatti recorded a career-high six saves in 2014 with Double-A Montgomery and recorded career-high 99 strikeouts in 2012 with Single-A Bowling Green, going 7-3 with a 2.97 ERA (91 IP). The Tampa Bay Rays selected Bellatti in the 12th round of the 2009 MLB Draft out of Steele Canyon High School (San Diego, Calif.).