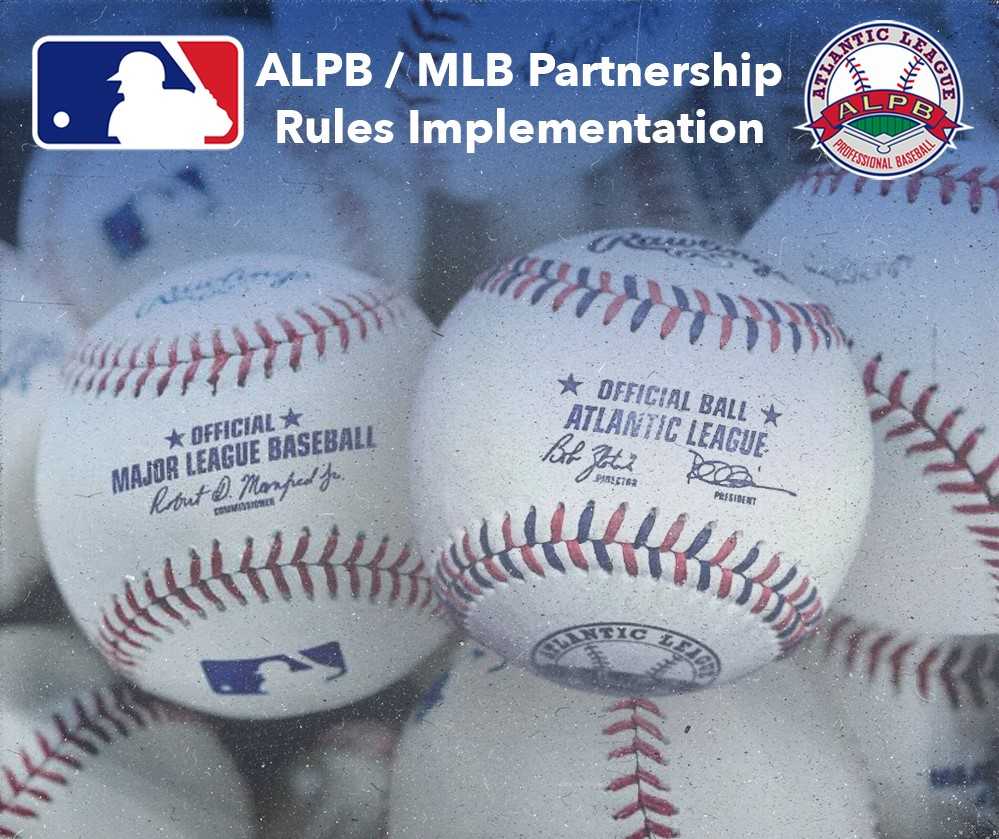 Major League Baseball (MLB) and the Atlantic League of Professional Baseball (ALPB) announced today the experimental playing rules and equipment that will be in place during the 2019 Atlantic League Championship Season.  The list of changes is as follows:

MLB will analyze the effects of these changes before deciding on potential additional modifications during the 2019 ALPB All-Star Break and in future seasons.

“Players sign in the Atlantic League for the Major League Baseball showcase opportunity it offers,” said Rick White, ALPB President. “We are excited to see that showcase grow exponentially, while working with MLB on initiatives critical to the future of the game.”

The experimental playing rule and equipment changes are part of a new three-year agreement between MLB and ALPB.  The agreement covers the transfer of players from ALPB to MLB and enhances MLB’s scouting coverage of ALPB games.  MLB will provide statistical and radar tracking data from ALPB games to MLB Clubs.

With eight teams in Texas and the Mid-Atlantic, the ALPB is a leader in baseball innovation and a player gateway to Major League Baseball. Through its exclusive partnership with MLB, the Atlantic League tests Major League Baseball rules and equipment initiatives. The Atlantic League has sent over 900 players to MLB organizations while drawing more than 40 million fans to its affordable, family-friendly ballparks throughout its 22-year history. For more information, please visit www.AtlanticLeague.com