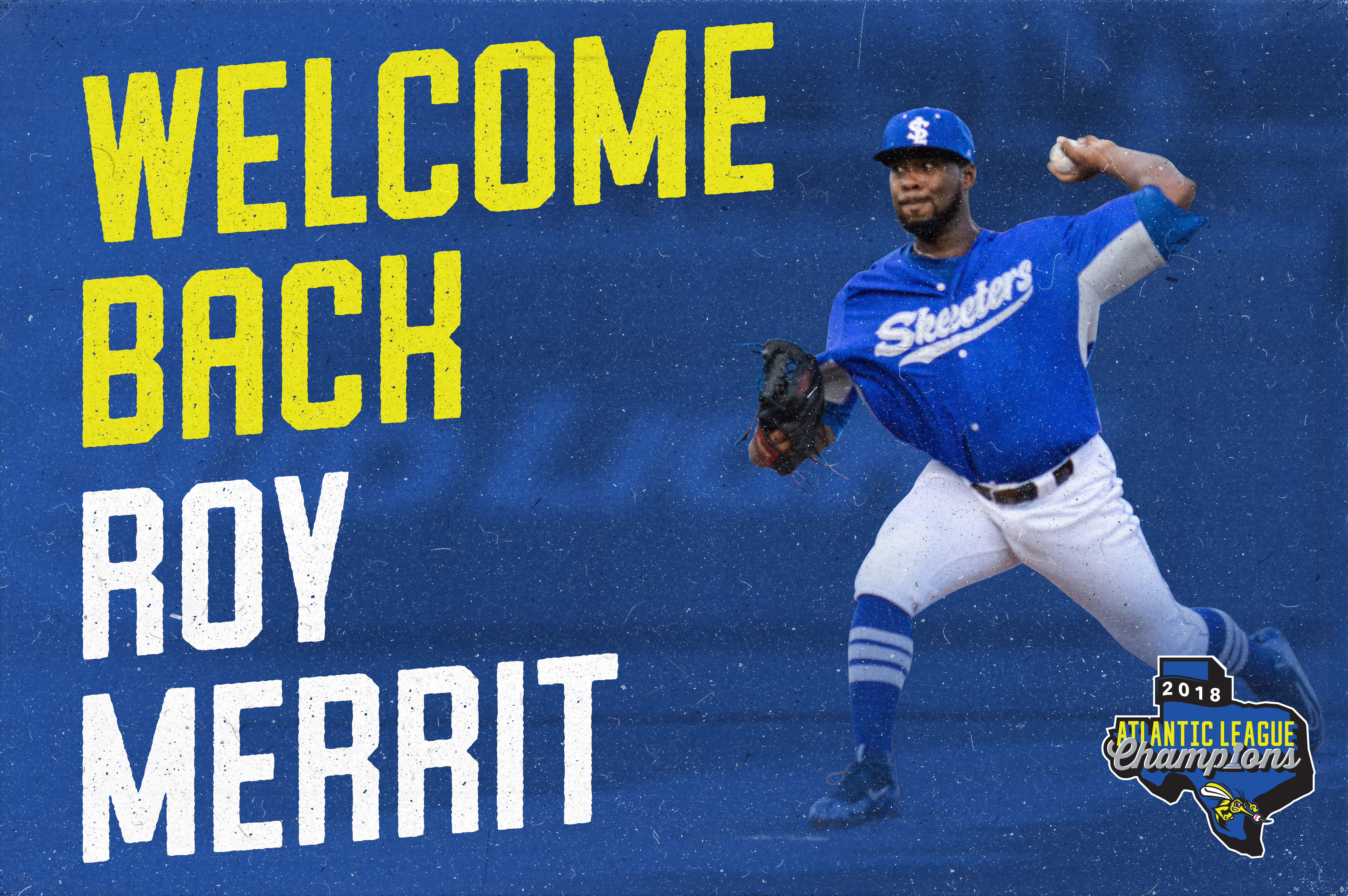 SUGAR LAND, TX — The Skeeters today announced that they’ve signed left-hander Roy Merritt as a player-coach. Merritt will work in the Skeeters pitching staff as well as serving as the team’s pitching coach.

Merritt, 33, re-joins the Skeeters after helping lead the team to the 2016 Atlantic League Championship. He went 8-2 with a 2.99 ERA and one save in 25 regular-season outings in 2016 (18 starts), as well as making five appearances in the postseason.

The Houston native spent the 2018 regular-season campaign with the Olmecas de Tabasco and the Rieleros de Aguascalientes, going a combined 6-7 with a 4.03 ERA in 21 starts.

Merritt pitched five seasons in the New York Mets Minor League system, peaking at Triple-A. He last pitched at the affiliated level in 2016 with Triple-A Oklahoma City (Los Angeles Dodgers). Merritt was selected as an Eastern League Mid-Season All-Star in 2009 with Double-A Binghamton.

Merritt takes over for Cory Domel as the Skeeters pitching coach. In his first season with the Skeeters, Domel helped guide the pitching staff to a 3.14 ERA, which led the Atlantic League and was the lowest team single-season ERA in Skeeters history

The Skeeters, winners of the 2018 Atlantic League Championship, open the 2019 season April 25th at Constellation Field against the Southern Maryland Blue Crabs. Season tickets and mini plans for the 2019 season are currently available and individual tickets will soon be made available. To purchase season tickets or mini plans, or for more information on ticketing, please visit sugarlandskeeters.com or call the TDECU Ticket Office at 281-240-4487