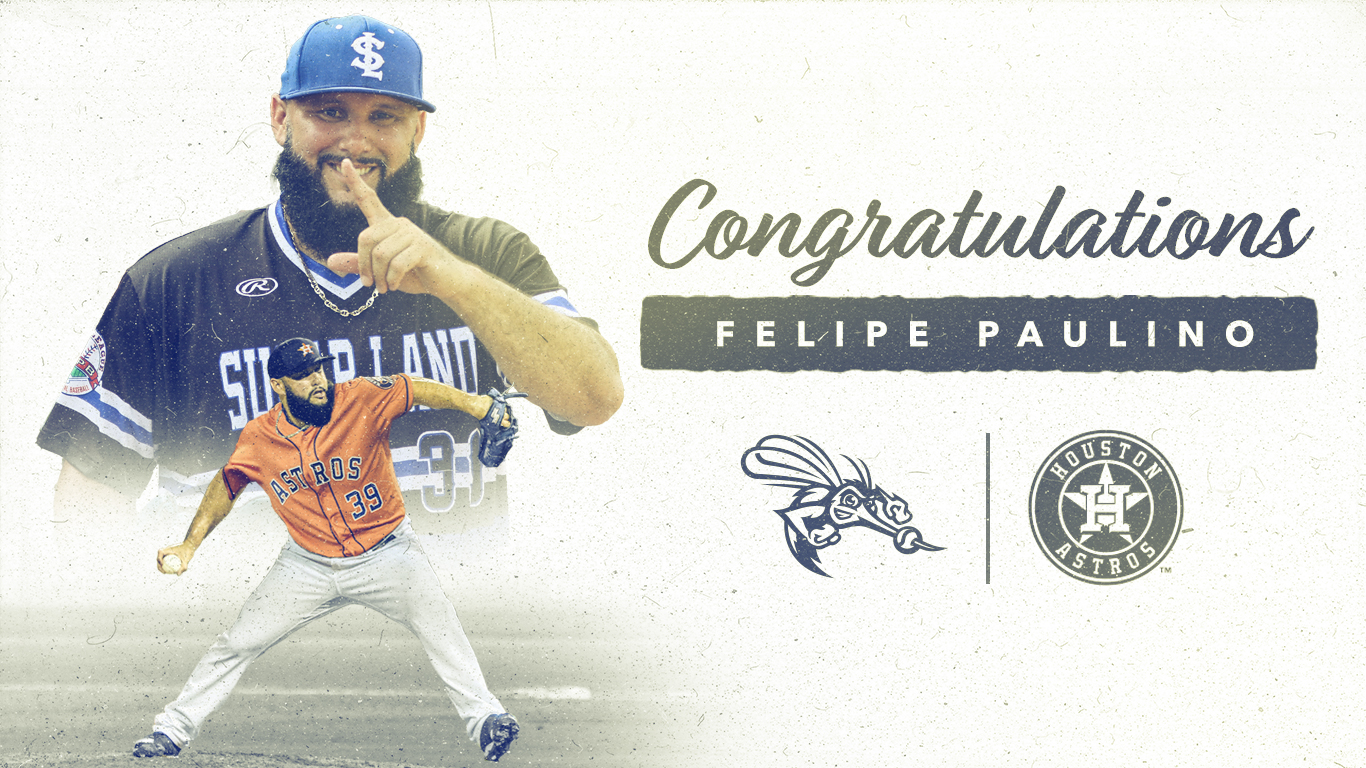 SUGAR LAND, TX - The Sugar Land Skeeters today announced that the contract of right-hander Felipe Paulino has been purchased by the Houston Astros. Paulino will be assigned to Triple-A Round Rock.

“I want to thank the Skeeters organization for giving me the opportunity to play in this area -- this is my home and has been for the last 15 years,” Paulino said. “… I just want to keep enjoying this (game) and am very happy with this opportunity.”

The Skeeters had 14 contracts purchased from their roster in 2018, including 13 by MLB organizations, which were both franchise single-season records.

Paulino set the Skeeters single-season record and led the Atlantic League with 33 saves in 2018. He was selected as a Mid-Season and Post-Season Atlantic League All-Star. Through 22 appearances this season, Paulino was 2-0 with a 1.96 ERA and was second in the league with 14 saves. His 33 strikeouts were the most of any Atlantic League reliever.