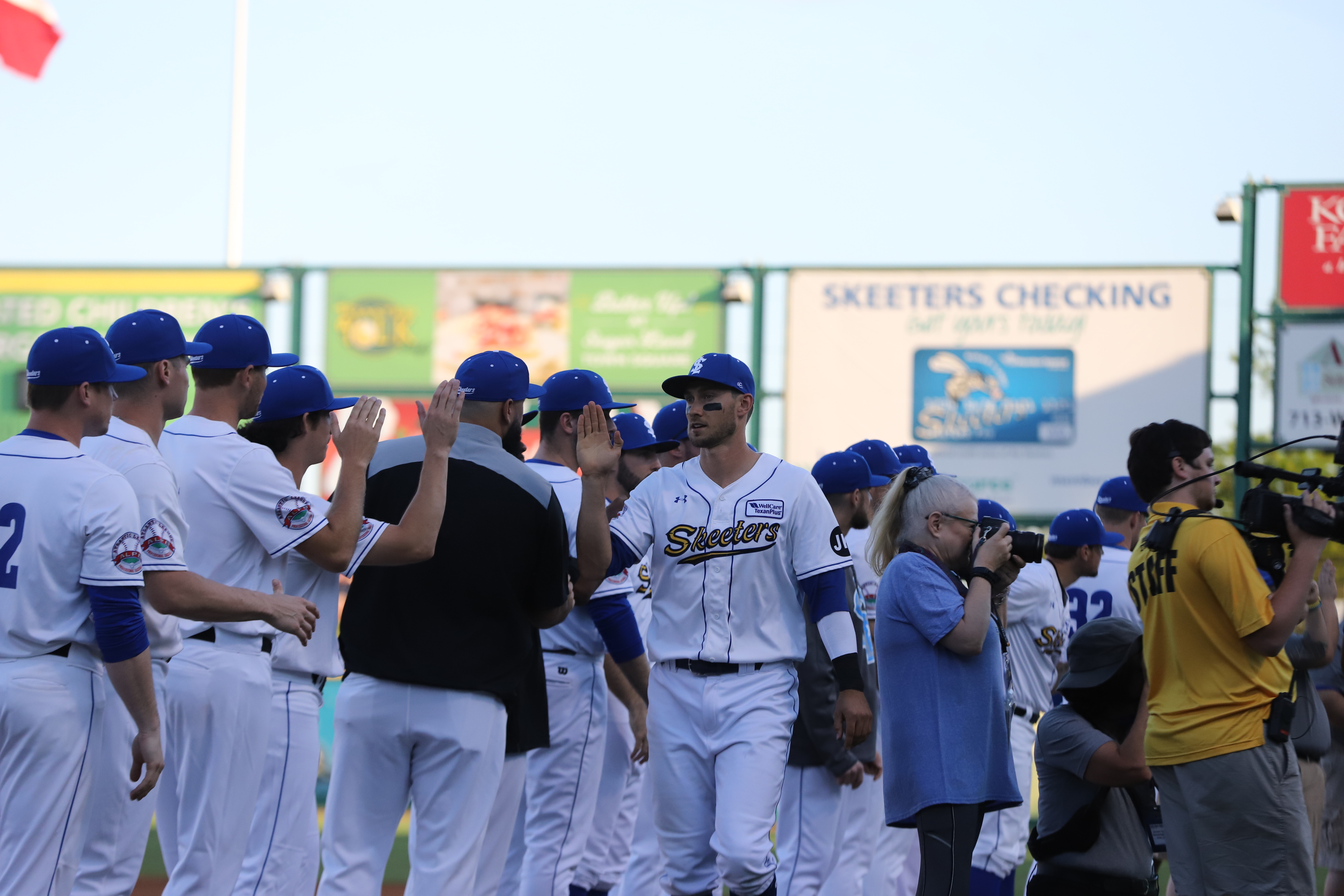 SUGAR LAND, TX - Former Skeeters infielder Ryan Court today had his contract selected by the Seattle Mariners from Triple-A Tacoma, becoming the eighth player in Skeeters history to appear in the Majors after appearing with the Skeeters.

Court appeared in eight games with the Skeeters this season, hitting .250/.379/.458 with a home run and four RBIs before having his contract purchased by the Mariners on May 7. In 37 games this season with Triple-A Tacoma, Court hit .279 with nine home runs and 37 RBIs. Friday’s call-up was Court’s first to a Major League 25-man roster.

Court was selected by the Arizona Diamondbacks in the 23rd round of the 2011 MLB Draft out of Illinois State University. Prior to joining the Skeeters, he had appeared at the affiliated level with the Diamondbacks (2011-14), Boston Red Sox (2016-17) and Chicago Cubs (2018).

Court was one of 12 players whose contract was purchased by a Major League Baseball organization, matching the franchise record. The Skeeters have had a total of 15 contracts purchased off their 2019 roster, setting a franchise record. The 24 contracts purchased by Major League Baseball organizations off the Skeeters roster over the last two seasons is the most of any independent league baseball team.