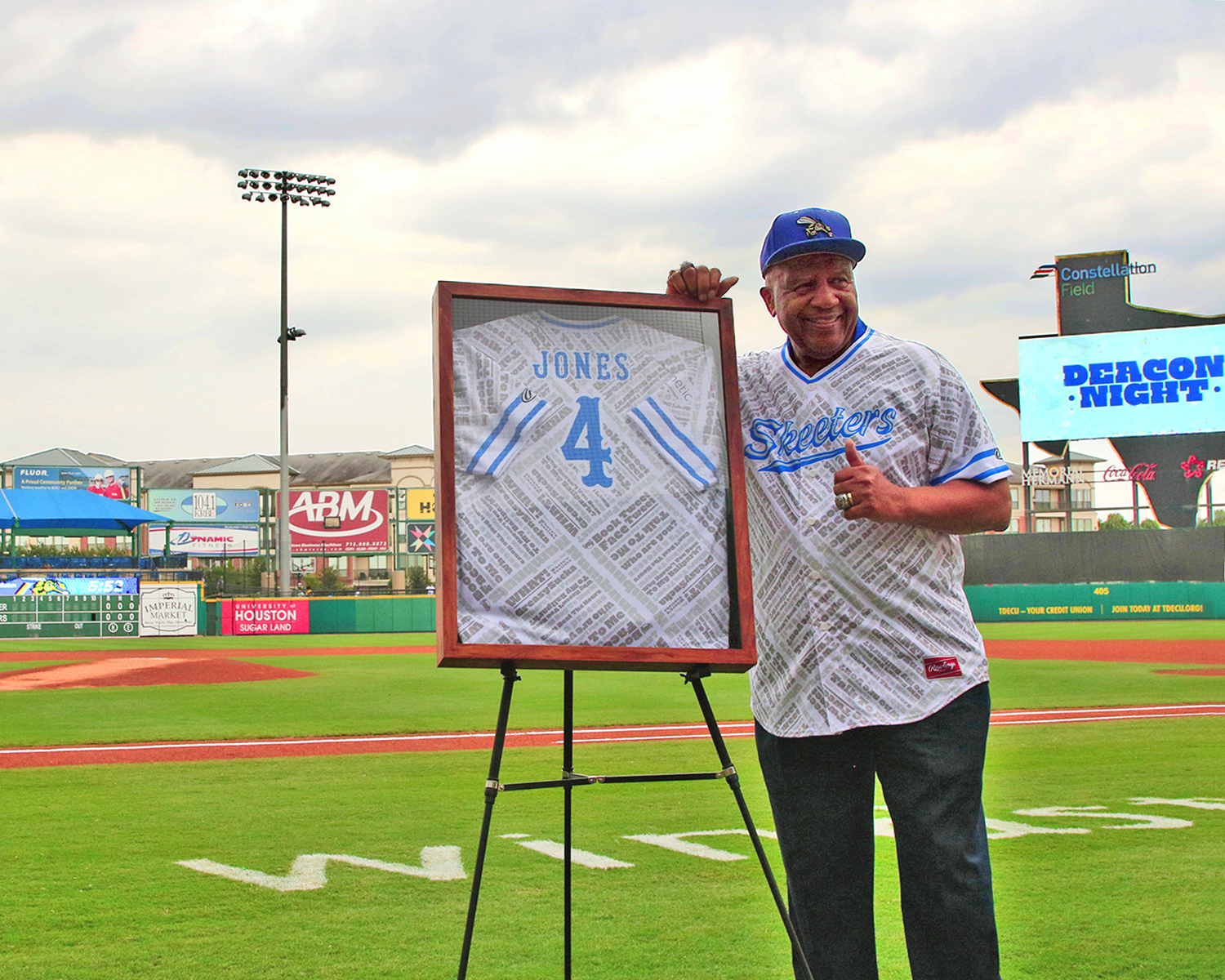 All around the United States today, people are celebrating the life and legacy of a true hero, Jackie Robinson.

Many people today are able to show their respects and reflect off of stories and images that they’ve seen or heard. There are some, though, that had the pleasure to meet Robinson and have first-hand stories to tell.

As an 18-year-old, Jones, a native of White Plains, N.Y., was asked to come participate in a workout with the Brooklyn Dodgers in the spring of 1952. After all, Jones was coming off being selected as the nation’s top American Legion player.

“I spent three days with the Brooklyn Dodgers as an 18-year-old kid, can you imagine that?” Jones said. “I look around and I see Roy Campenella, Pee Wee Reese, Duke Snider and, of course, Jackie Robinson.”

Jones finished out the three-day workout with the Dodgers, but not before a life-changing interaction.

“I’m sitting in the dugout on the final day and wiping the sweat off my face and all of the sudden Jackie Robinson came over to me,” Jones said. “He sat down and called me by my given name, Grover -- everyone else called me Deacon.

The idea of going to college was very much up in the air for Jones at the time as he was a highly sought-after prospect already.

“Then he told me, ‘Good, everyone needs something to fall back on.’”

When Jones got back home, he told his mom that he would be going to college and had a prolific career at Ithaca College before being signed by the Chicago White Sox.

That was not Jones’ only interaction with Robinson, though.

Fast forward a few years later and Jones was in an Atlanta airport where it just so happened that Robinson was at as well.

“I pushed my way through a crowd of people, looking for Jackie,” Jones said. “Finally, I spotted those broad shoulders and was able to push my way through the side and get next to him. The people who were with him thought I wanted an autograph but I just said, ‘No, sir, we met three years ago while I was working out with the Dodgers.’

“Jackie cut me off and said, ‘Did you go to college?’ I told him, ‘I graduated and I got my degree.’

“Jackie hugged me right there in front of all of those people and told me how proud he was of me. Could you imagine how elated I was? Here’s a man who gave his life so that I could play and he told me he was proud of me. He changed the social consciousness of America.”

Now, just like Robinson’s No. 42 is retired for every Major League team, Jones’ No. 4 became the first to be retired in Skeeters history in 2019. He hesitated at the idea at first but his wife Tiki reminded him why the retirement of his number was so important.

“She told me, ‘Some kid may walk into that stadium and see your number and know they can accomplish their dreams, just like Jackie did for you. Embrace it,’” Jones said.

“That just about stopped me right in my tracks.”

So, on this day, we are incredibly grateful for the sacrifice and heroics that Jackie Robinson displayed throughout his entire life. We’re also grateful for people like Deacon Jones who continue to honor his legacy by emulating his character and passing along the torch to future generations.