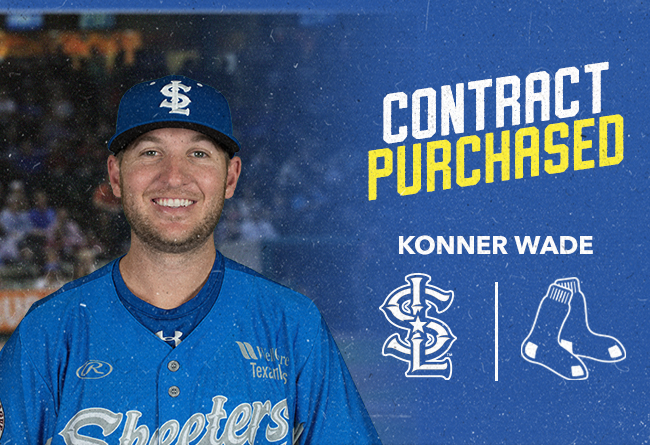 SUGAR LAND, TX - The Sugar Land Skeeters today announced that the contract of right-hander Konner Wade has been purchased by the Boston Red Sox.

Wade threw a shutout in Game 2 of the Atlantic League Championship Series on Sept. 26 against the Long Island Ducks, striking out 11 without allowing a walk. It was the highest single-game strikeout total and the first-ever shutout in Skeeters postseason history.  Wade spent the 2018-19 offseason with the Venados de Mazatlán of the Mexican Pacific Winter League and logged a 2.14 ERA and 1.262 WHIP in eight starts while going 5-1.

Wade has spent all five of his seasons at the affiliated level in the Rockies farm system, reaching as high as Double-A. He’s gone 29-35 with a 4.05 ERA in 137 games (89 starts) at the affiliated level, averaging just 2.1 walks-per-nine-innings. While at Arizona, Wade was selected as a Louisville Slugger Preseason All-American in 2013 and was selected to the College World Series All-Tournament Team in 2012.