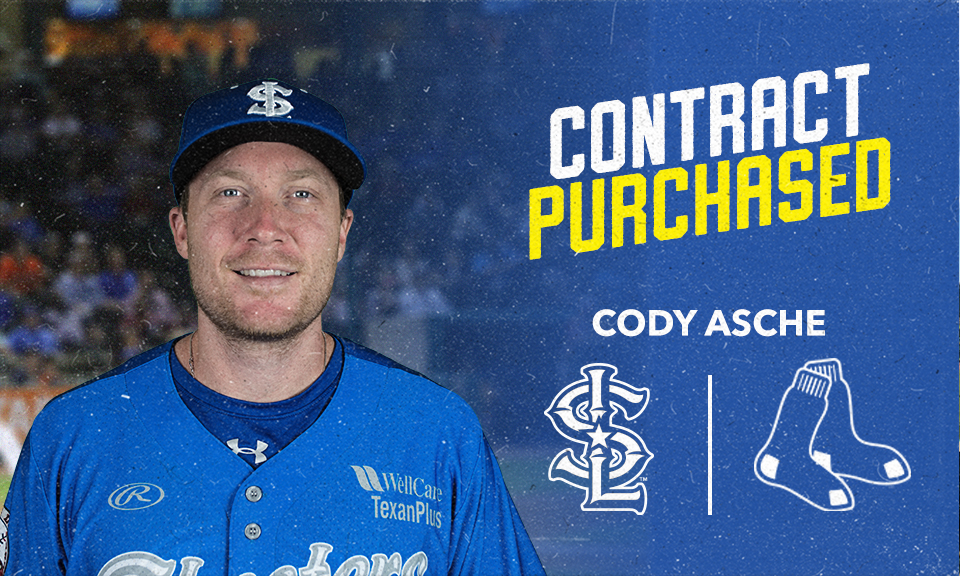 SUGAR LAND, TX — The Sugar Land Skeeters today announced that the contract of outfielder and former Major Leaguer Cody Asche has been purchased by the Boston Red Sox.

Asche becomes the third Skeeters player in 2019 to have his contract purchased by a Major League Baseball Organization.

Asche, 28, was in his first season with the Skeeters and ninth at the professional level. He spent 2018 season with Triple-A Las Vegas (NYM) and Triple-A Scranton/Wilkes-Barre, hitting a combined .220/.304/.399 with 11 home runs and 39 RBIs in 105 games. Asche spent the 2019 MLB Spring Training with Los Angeles Dodgers.

The Phillies selected Asche in the fourth round of the 2011 MLB Draft out of the University of Nebraska. He was rated as the Phillies No. 7 prospect prior to 2013 season, per Baseball America. Asche was selected as first-team All-Big 12 Conference in 2011 with Nebraska.