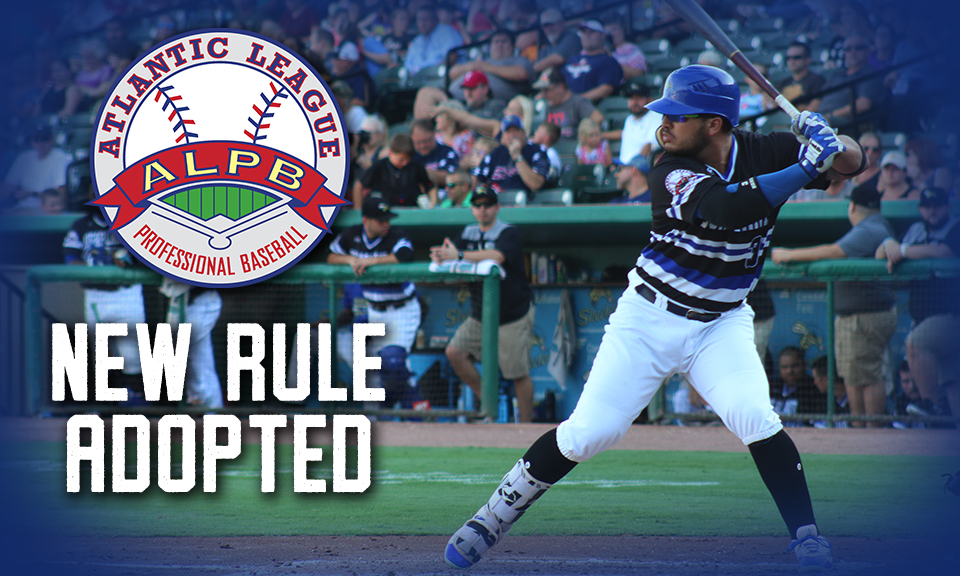 (Lancaster, Pa., Dec. 18, 2018) – The Atlantic League of Professional Baseball (ALPB) today announced it has adopted the extra-inning tiebreaker rule currently in effect in all affiliated professional baseball leagues. The rule was unanimously approved by the Atlantic League Board of Directors.

“We are eager to see the extra inning tie-breaker rule implemented during the 2019 Atlantic League season,” said League President Rick White. “There are many potential benefits associated with the rule, including shorter length of games, reduced fatigue among players and umpires, more efficient postgame travel, among others.”

Among the considerations of the ALPB Board was the number of ALPB players who move to Major League Baseball organizations every year. “With dozens of players transferred from the Atlantic League to MLB organizations annually, we felt it was critical to place them in similar circumstances to what they would encounter as a member of an affiliated club,” said White.

The following is an explanation of the extra-inning tiebreaker rule that will make its Atlantic League debut in 2019:

The Skeeters play at Constellation Field, a state-of-the-art stadium located at the intersection of State Highway 6 and U.S. Highway 90A in Sugar Land. The Skeeters are a member of the Atlantic League of Professional Baseball (ALPB) and play 140 regular season games.  The Skeeters Baseball Foundation promotes youth education and healthy activities lifestyles by providing support to culturally, racially and economically diverse areas of the community. Constellation Field also serves as a premiere event destination for the Greater Houston Area, hosting company parties, the Southland Conference Baseball Tournament, Sugar Land Holiday Lights and much more.  For more information please call 281-240-4487 or visit sugarlandskeeters.com.

The Atlantic League has been a leader in professional baseball and a gateway to Major League Baseball since 1998. Over 40 million fans have attended Atlantic League games and more than 900 players and 70 managers and coaches have joined MLB organizations directly from the ALPB.  The Atlantic League emphasizes winning baseball games, showcasing the talent of top-caliber players and offering affordable family entertainment. For more information, please visit www.AtlanticLeague.com.