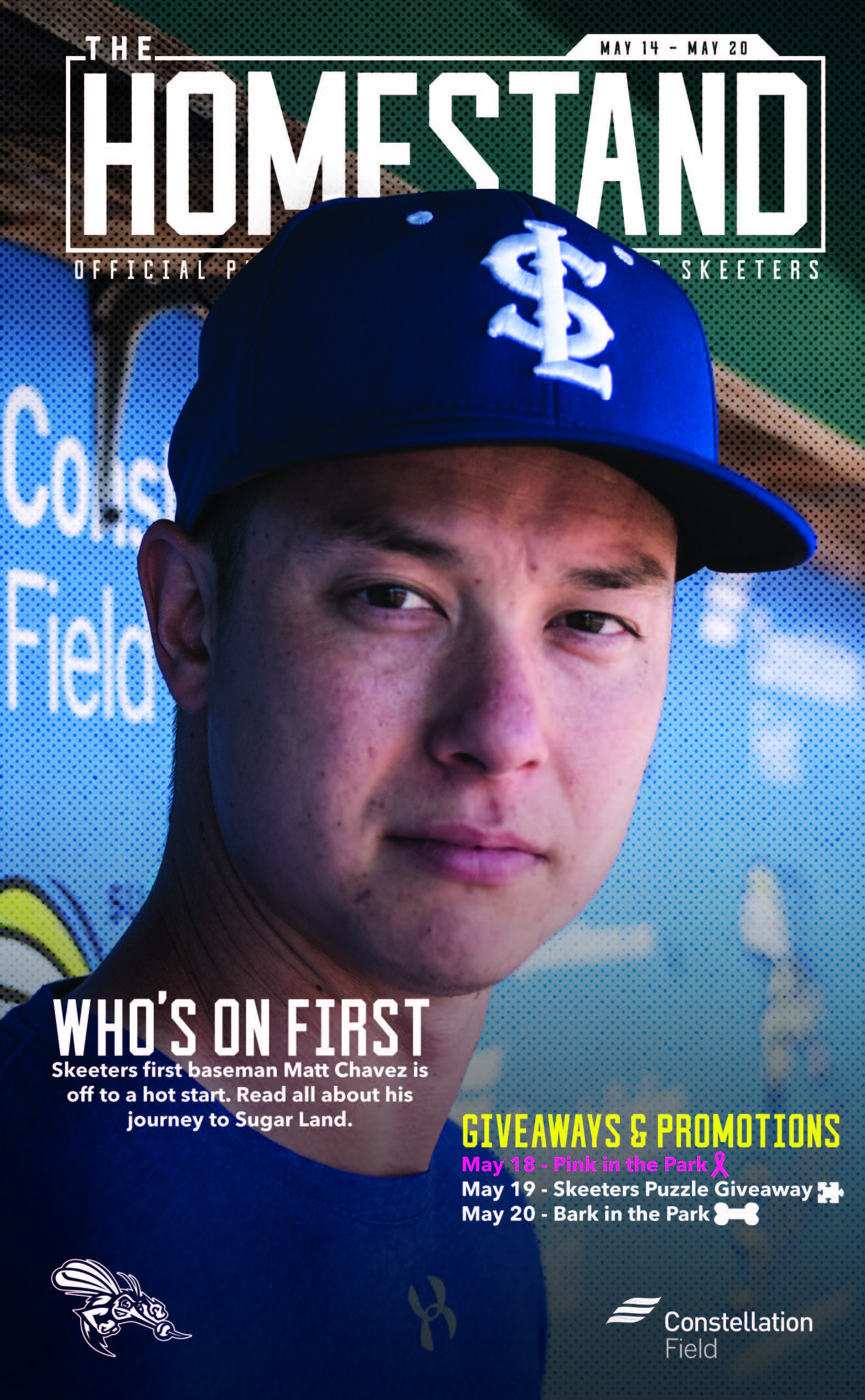 A trip to the dentist tends to be a dreaded destination, usually involving awkward small talk and all kinds of drills and tools.
For Sugar Land Skeeters first baseman Matt Chavez, a visit to his dentist not only involved more than the regular chit-chat while having your teeth cleaned, it completely changed the trajectory of his professional baseball career.
It was at the dentist in the winter of 2014 where Chavez, who grew up on the San Francisco Peninsula, got an unexpected lead on his first pro contract. He had been selected by the Chicago White Sox in the 44th round of the 2010 MLB Draft out of the University of San Francisco but had yet to make an appearance at the affiliated level.
The 29-year-old had just come off as good a season as one could have. While playing for the Prescott Montezuma Federals in the nowdefunct Freedom Pro Baseball League, Chavez won the league’s triple crown by hitting .430 with 18 home runs and 49 RBIs.
“There weren’t any scouts out there, so there was no chance of me getting signed or that anyone was going to see me,” Chavez said. “But the numbers were out there on the internet if somebody wanted to look me up.”

“He asked me, ‘Hey, how did you do this summer?’” Chavez said. “And I was like, ‘I did great, I won the triple crown. I was doing really good out there.’ He told me he knew this guy with the Giants and that he had his number and I could give him a call. I’m thinking, ‘Whatever, man. You don’t know anybody that’s going to help me.

“I wasn’t trying to be mean or anything, so I didn’t say anything to him like that. So, I took the number.”

Chavez was in Los Angeles following a tryout with Tampa Bay Rays when he finally decided to give the number a call, a little over a week after it was passed along by his dentist.

“My buddy told me, ‘Why don’t you just call that guy with the Giants.’ I just thought there was no way these guys were going to sign me off a number from my dentist.” It turns out, Chavez’s dentist had the contact information of just the man who could immediately impact his professional status.

“I should’ve looked up who it was I was calling,” Chavez said. “It ended up being Bobby Evans, the assistant general manager of the [San Francisco] Giants. If you get in touch with Bobby and he wants you, it’s going to get done.” 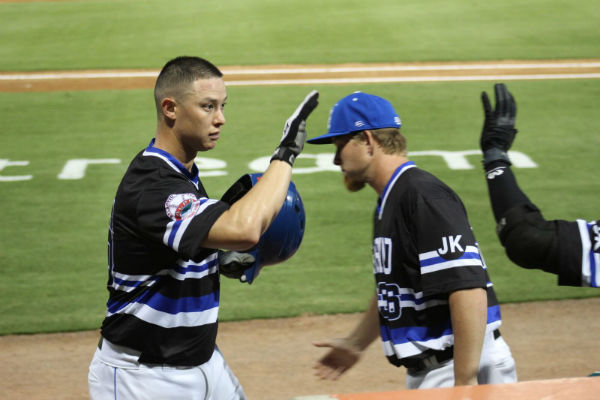 Evans wanted something to get done. He told Chavez they were going to fly him out for a tryout the next day.

Chavez admitted the workout wasn’t his best and it had been nearly two weeks since he had heard from the Giants.

But then the phone rang again and it was the Giants looking to work him out once more. Chavez had primarily been lifting weights, as it was the offseason, but that didn’t do much to stop him.

“My body was feeling good and I think just the adrenaline from not having practiced maybe gave me some extra focus, so I hit at least half of the balls out during batting practice-- right field, left field, center field,” Chavez said. “ I felt like if I had to show them something, I did it.”

“That was an incredible feeling,” Chavez said. “I got to play for the hometown team for a bit and it was definitely fun while it lasted.”

Though he was told by the team’s coaching staff he was ticketed for extended Spring Training to open the 2014 season, a last-minute injury opened a spot on the team’s Single-A affiliate in Augusta, Ga.

Chavez was released after 10 games, hitting .194 without a home run through 36 at-bats.

“Unfortunately, it was the [South Atlantic League], and the ball just doesn’t fly in those parks,” Chavez said. “And I wasn’t defying any humidity or anything like that to get it over the fence. I just wasn’t one of those guys.

“So, I started trying way too hard because I was thinking, ‘I’m not playing that much, I’ve got to hit homers.”

After the Giants cut Chavez loose, he continued to show the hitting prowess that got him signed in the first place. He was voted the MVP of the Pacific Association in 2015, hitting .383, with 31 home runs and 85 RBIs in 66 games, which earned him a contract with High-A Lake Elsinore (San Diego Padres) to end that season.

“The lesson learned was: Don’t try too hard when you’re playing,” Chavez said. “ You can’t sit there and try to hit every ball that’s pitched to you over the fence.”

Chavez finished the 2015 season with Lake Elsinore and spent Spring Training that following season with the Padres before being released. He took away valuable advice toward getting back to the affiliated level. 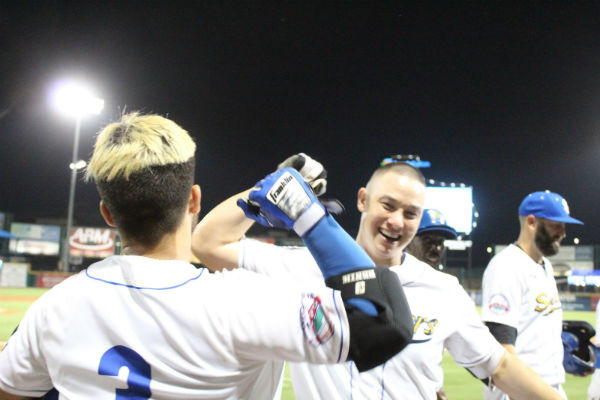 “I honestly still needed some work on my defense,” Chavez said. “I went out early every day [at Lake Elsinore] and had somebody work with me a ton on that. Sometimes a guy just needs a lot of help and I was one of those guys.”

That hitting tear has carried over into his first season with the Skeeters. Through the first nine games of the season, Chavez led the Atlantic League in average (.571), on-base percentage (.636) and slugging percentage (.857).

“I’ve put in that work and I’ve learned how to develop a routine,” Chavez said. “ I’ve put in the work every day in the offseason to improve myself at this level and move on to where I really want to go.”

This story debuted in the Sugar Land Skeeeters Playbill on May 14 and was written by Media Relations Coordinator, Ryan Posner