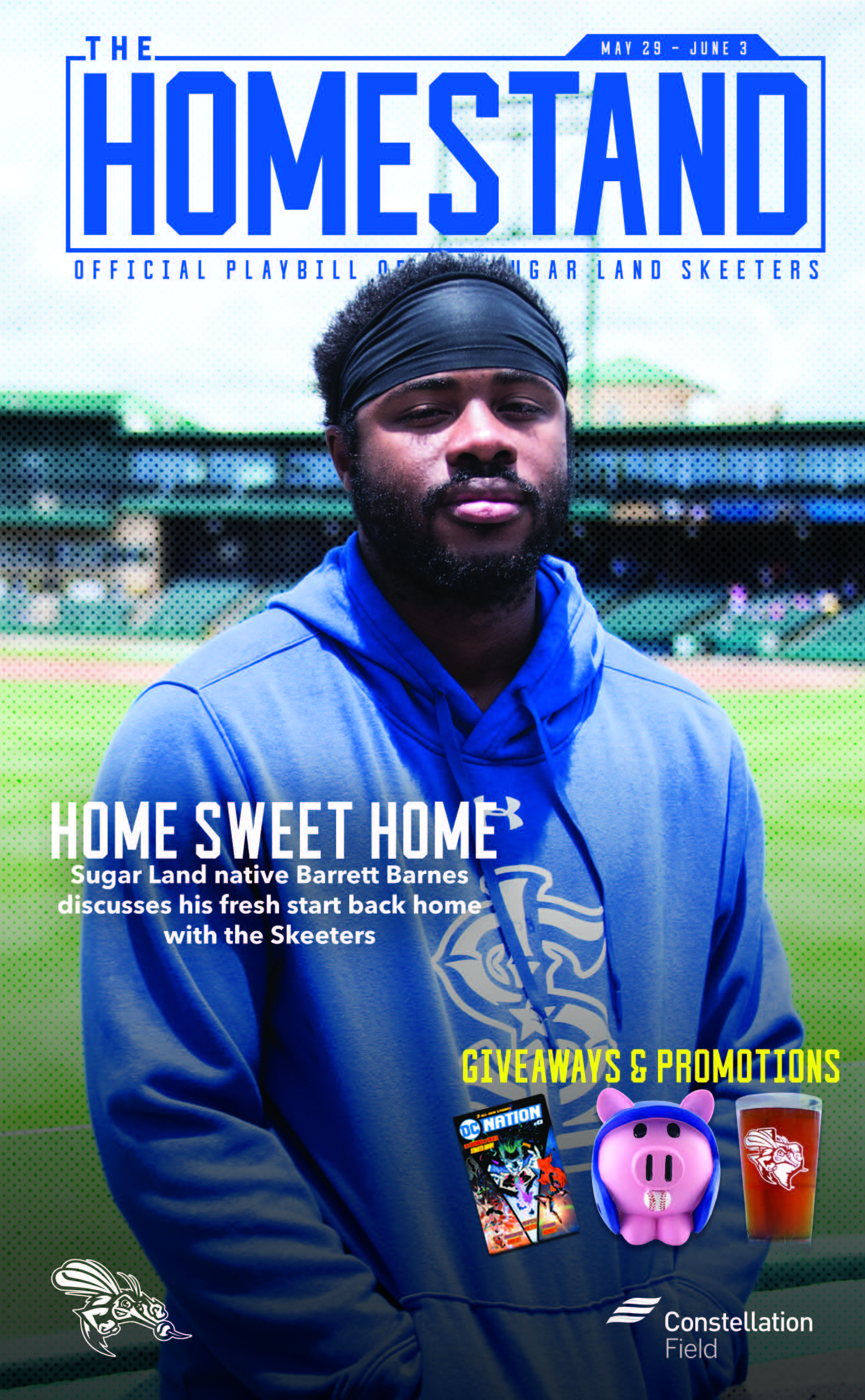 After spending an injury-marred six seasons in the Pittsburgh Pirates Minor League system, Barrett Barnes became a free agent for the first time in his professional career when the team released him in March.

A day went by, and no Major League organization placed an offer in for the 45th overall pick of the 2012 MLB Draft.

“At first, I was really ticked off,” Barnes said.

The 26-year-old wouldn’t stay down for long because the answer to the next step of his professional career brought him back to a familiar spot – his hometown.

Barnes attended Stephen F. Austin High School in Sugar Land before becoming the third-highest position player drafted out of Texas Tech at the time of his selection.

“There’s nothing better than driving 10 minutes to the ballpark and then 10 minutes back home after the game,” Barnes said. “I honestly haven’t experienced this since high school.” 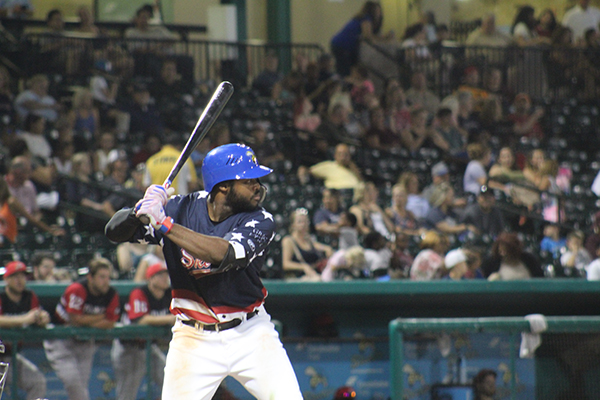 Barnes bought a house in Sugar Land and is currently living with fellow Skeeters outfielder, Courtney Hawkins. He lives just three minutes away from his mom, Kay Barrett, who’s yet to miss a game at Constellation Field this season.

“It’s a little different -- a little hectic, actually, leaving 25 tickets every night,” Barnes said. “But, you know, it’s all family and friends and loved ones. You can’t ask for anything else.”

The living situation isn’t the only difference for Barnes. His impression of the Atlantic League has immensely changed as well from his early memories of the Skeeters.

“To be brutally honest, we’d probably whoop the Triple-A team I was on last year,” Barnes said. “I think I’ve learned more in these last 20 games or so than I have since playing in Double-A [in 2016] with Joey Cora.”

Barnes has had mixed results to open the season. Through May 23, he was hitting just .214 without a home run, but was also leading the Atlantic League with 21 walks, tied for the league lead with 20 runs and was ninth in the league with a .424 on-base percentage.

While Barnes is surrounded by family, possibly his greatest asset in Sugar Land has come in the form of Skeeters manager Pete Incaviglia.

“I’ve had so much freedom here with Pete and it’s such a breath of fresh air that all you have to worry about is playing baseball hard, having fun and enjoying the opportunity,” Barnes said. “I talked to Pete on the phone a few times before I signed, and he was like, ‘I just want you to come play and have a breath of fresh air. Just play baseball.’”

That kind of independence wasn’t always there for Barnes in the Minors. That gave him the chance to figure out the best way to prepare himself daily.

“The biggest takeaway I got from the Pirates (organization), honestly, is to not let people change who you are and how you play.” 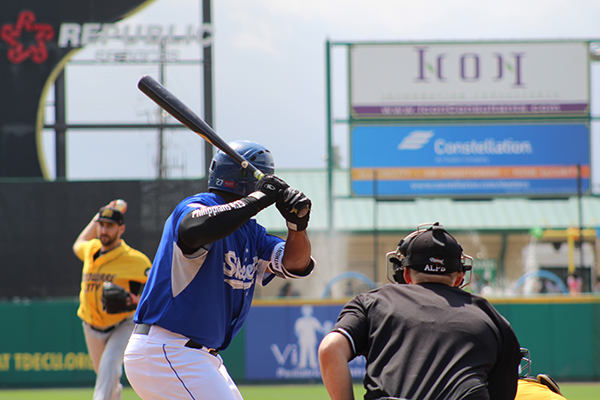 Barnes’ return to Sugar Land has been a much-needed homecoming. However, his return to the area has come without one of his biggest mentors -- his uncle and former Major Leaguer, Anthony Young, who died in June 2017 at the age of 51.

Young, who played six seasons in the Majors, signed with the Astros in July 1996 and spent one year with the team. At three years old, Barnes accompanied his uncle to the Astrodome for nearly every every home game that season.

“He’s probably the reason I’m playing baseball,” Barnes said. “I’ve been around professional baseball, I can truly say, my entire life. That was a blessing. It’s been really, really hard with him gone.”

Barnes still has plenty of ups and downs to endure in his professional career. While he’s in Sugar Land, he won’t have to endure the struggles while living out of a suitcase and traveling around the country on a bus, which is the case for most Minor Leaguers.

He’ll have the people who love him most by his side as he looks to make it back to the affiliated level and eventually the Major Leagues.

“It’s one of those things, you look at going out of affiliated ball as a bad thing, but I think this will be a really good refresher for me to be able to take a break and be around people who haven’t gotten to see me play,” Barnes said. “People that really, truly do care about me and love me. It’s been a blessing to not just be able to pick up the phone but drive over and see them and talk to them.”

This story debuted in the Sugar Land Skeeters Playbill on May 29 and was written by Media Relations Coordinator, Ryan Posner.