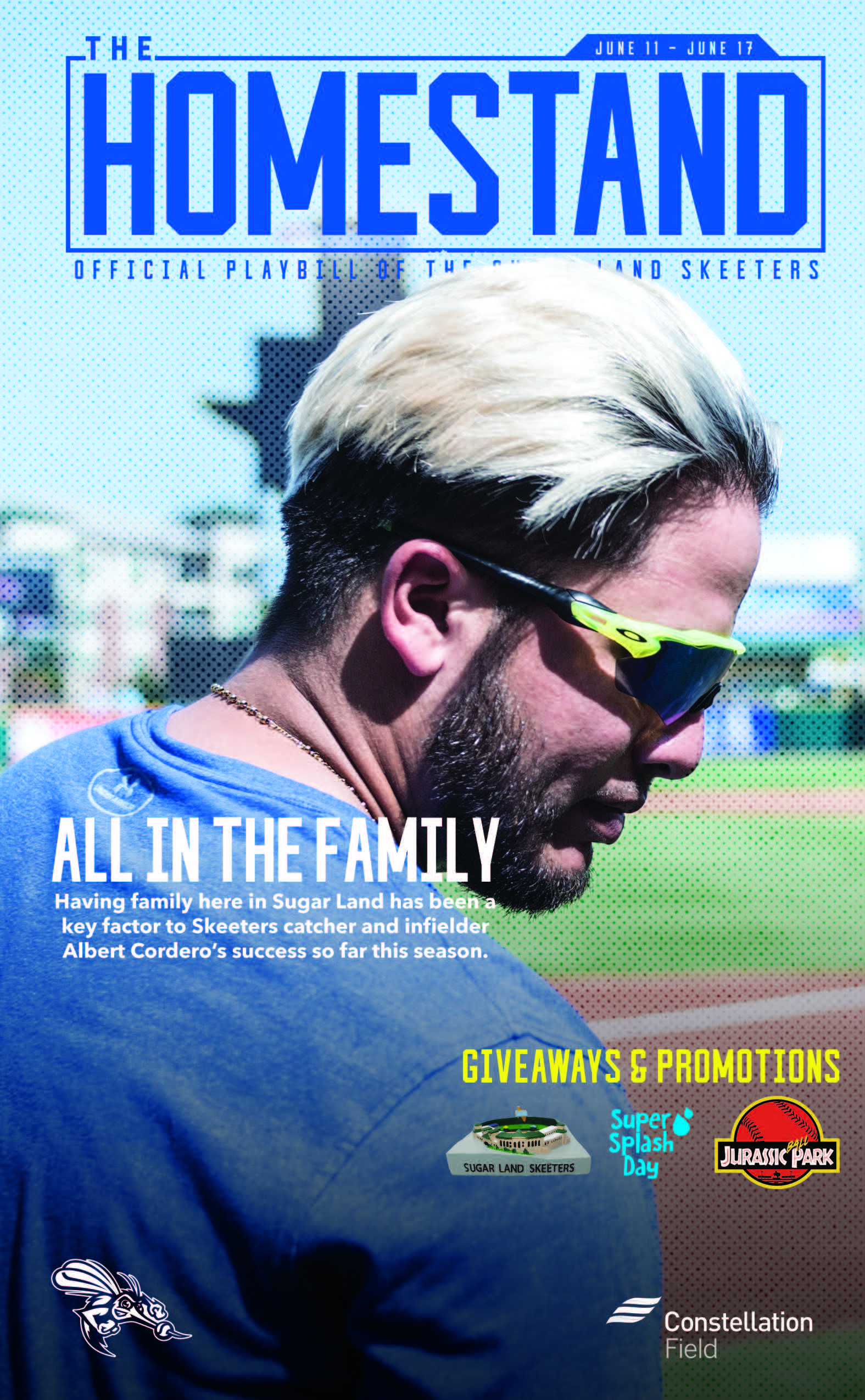 When Albert Cordero rounds the bases after hitting a home run at Constellation Field this season, you’ll likely see him point to the right of the Skeeters dugout.

And there have been plenty of trips around the bases this year. His five home runs are tied for the seventh-most in the Atlantic League as of June 5.

That point is directed to his wife, Fidmar, and daughter, Andrea, who are back in the United States full-time to live with Albert and watch him play on a near-daily basis in Sugar Land.

Albert himself will tell you it’s not a coincidence that having his family around has correlated with the hottest start in the 11th season of his professional career.

“To have my wife and daughter around every day to see me play baseball, it’s the best thing in my life,” Cordero said. “The most important thing in life is taking care of your family, being around your family and living for them. Especially when you have kids.”

With a severe amount of political and economic unrest back in his home country, focusing on strictly baseball was nearly an impossible task.

“We had to keep thinking of ways to get them back in the (United States).” Albert said. “The whole situation back in Venezuela made things really difficult. I was always thinking about if they were safe and wanted to provide them with as good of a life as possible.”

Albert was able to put those worries to rest when his host in Sugar Land, Dixie Spurling, agreed to house his wife and daughter as well.

“She’s a really sweet woman,” Cordero said. “She’s one of the best people I’ve ever met in professional baseball.

“She helped a lot with getting my wife and daughter out here and now we have our own little family all together.” 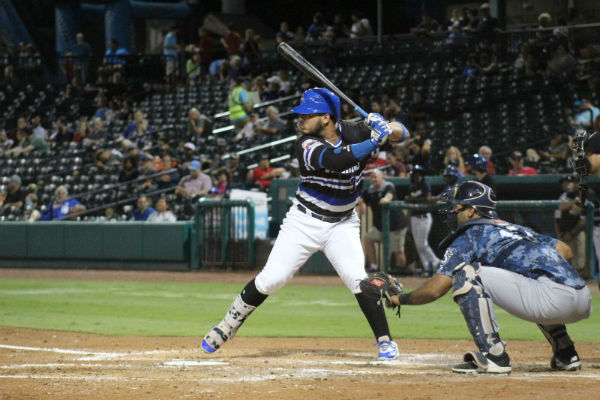 Even before his host in Sugar Land played an instrumental role in reuniting him with his family, the area held a special role in Albert’s life. In 2017, he was named the Skeeters Community Service Man of the Year.

“I always wanted to be available because the people in the community are always around the games, so you want to give them the same effort that they give to you,” Cordero said. They’re here to watch us play, so I just want to do whatever I can to be there for them.”

Albert credits his family and especially his mother, Luz Gomez, for instilling that mentality in him. His mother and other members of his family remain back in Caracas, Venezuela, where Albert says day-to-day life can be a struggle.

But being able to see the accomplishments he’s had on the diamond this year has brought them a beacon of positivity.

“I come from a baseball family,” Cordero said. “When they’re able to see me have success and see me continue to play at the professional level, it brings them a lot of pride.”

Along with his wife and daughter, Cordero is able to discuss the problems back at home with fellow Venezuelans on the Skeeters in Felipe Paulino and Javier Betancourt. There was also Alejandro Chacin, who was signed by the Cincinnati Reds last month.

“When I first joined the team, I was the only one from Venezuela,” Cordero said. “If you’re from there, it’s easy to make that family bond with other people from the country. It’s been really nice to have other players from Venezuela around to share stories with and things like that.” 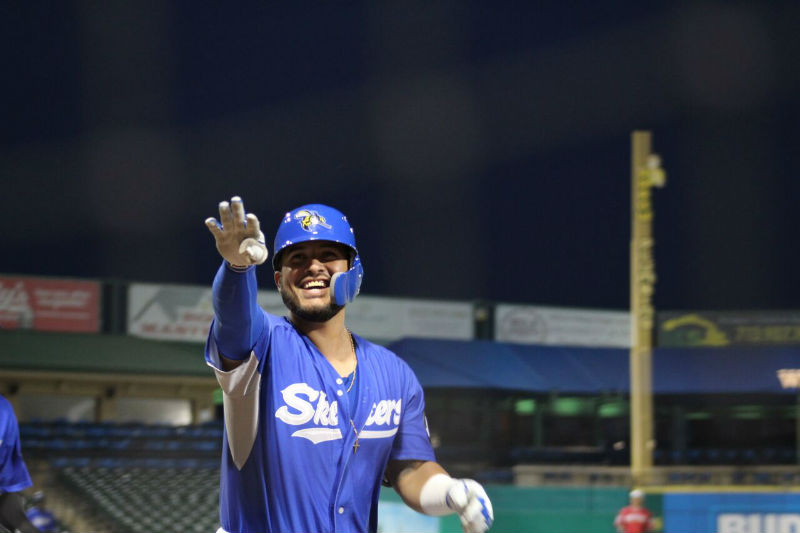 Cordero’s professional career began in 2008 in the Mets system and has given him the chance to catch current Major Leaguers in Jacob deGrom, Steven Matz, Michael Fulmer and Seth Lugo.

He last appeared at the affiliated level in 2015 in Double-A and certainly hasn’t given up on his dream of eventually making it to the big leagues.

“You don’t give up no matter where you’re playing and you never know who’s going to be in the stands to watch you and give you your next chance,” Albert said. “At the independent level, we play for the love of the game and that’s it.”