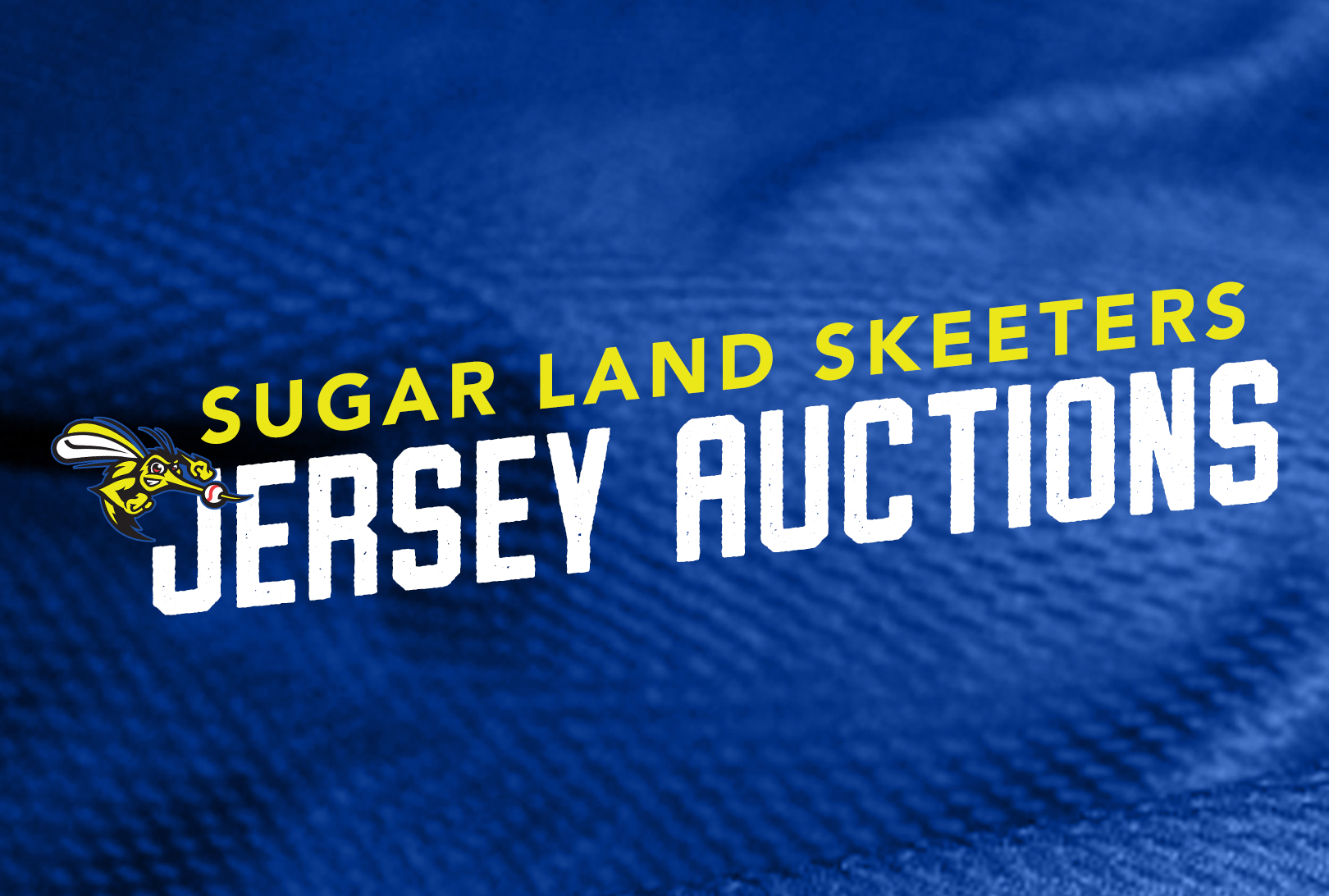 The Sugar Land Skeeters have held several jersey auctions each season in order to give back to the community and to represent different non-profit organizations. Fans are given the opportunity to bid on the game-worn jersey of their choice during the game and the winners receive said jerseys immediately following the game from the respective players. Proceeds of our jersey auctions directly benefit a number of charities, including Hope For Three, Memorial Hermann Breast Cancer Research, and Candlelighters Houston. So far this season, the Skeeters have raised over $18,000 from jersey auctions benefiting these organizations and many more to come.

In addition, fans now have the option to bid on game-worn jerseys from Swatson as well as bat boys Michael "Big Mike" Garcia and Tank Schottle. See below to see this season's past jersey auctions and what we have in store for the rest of the 2019 season!

On April 28, 2019, the Skeeters hosted Strike Out Autism Day at Constellation Field with jersey auction proceeds benefiting Hope For Three, an organization that aims to raise awareness and provide support for families living with autism spectrum disorder. See more of what Hope For Three has done for the community HERE.

Skeeters players sported super hero themed jerseys in honor of Candelighters Night at Constellation Field on May 31, 2019. Proceeds of this jersey auction benefited Candelighters Houston, a nonprofit aimed to provide emotional, educational and practical support to children with cancer and their families.

The Skeeters are bringing Parrot Head Night back to Constellation Field on Saturday, July 13th featuring a Parrot Head jersey giveaway courtesy of Texas Direct Auto for the first 2,000 fans as well as a jersey auction benefiting theNational Association of Mental Illness of Greater Houston (NAMI). NAMI is dedicated to improving the quality of life for people with mental illness and their families through support, education, and advocacy.

Join us on Saturday, August 3 as we pay tribute to Skeeters Special Advisor and a staple to our community, Deacon Jones! The first 2,000 fans through gates will receive Deacon Jones bobbleheads and our players will be wearing Deacon themed jerseys to be auctioned. Proceeds of the jersey auction will benefit Bridging the Digital Divide, an organization aimed to provide training, internet access and computer resources to unserved populations.